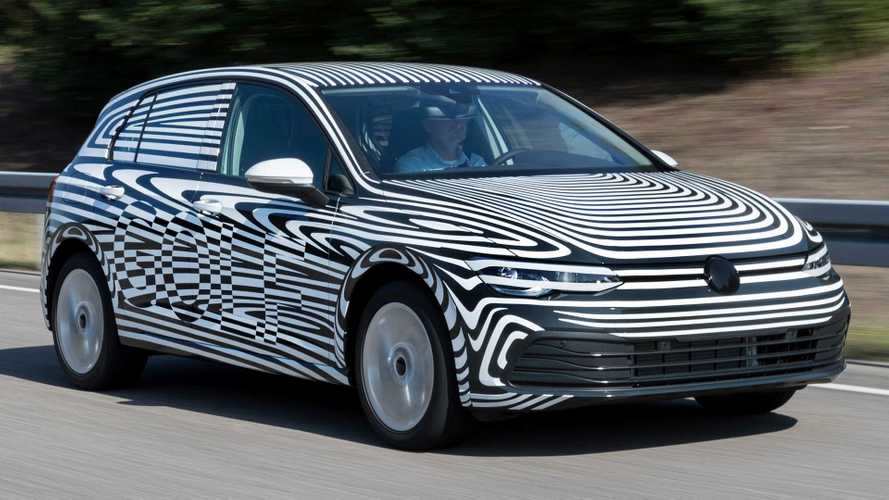 Head designer says it will be a "genuine eye-catcher."

Seven generations and more than 35 million cars later, the Volkswagen Golf is about to enter a new age: "the era of electrified drives, a digitalised and connected interior world, assisted driving and online-based functions and services.” That’s what the brief press release published by the Wolfsburg automaker says, accompanying a teaser image showing a disguised near-production prototype of the Mk VIII.

We get to learn the compact five-door hatchback has entered the final testing phase and that VW is about to finish development of what is arguably it’s most important car. Although the term “camouflage” is used to describe the car’s exterior finish, perhaps a better term to use would be a body wrap since the black and white livery with the “Golf” lettering on the doors is quite thin and it doesn’t actually hide anything.

All you need to know about the Golf VIII:

Throughout its 45 years of existence, the Golf has always been about evolutionary styling one generation after another, and it will be the same story with the hatchback’s eighth iteration. It’s quite obvious by simply looking at the adjacent official image since the exterior look won’t stray away too far from the outgoing Mk VII. However, VW’s head of design, Klaus Bischoff, claims the new one is going to be a “genuine eye-catcher” once the disguise will come off this fall.

If you’re wondering why the VW badge is missing, there’s a very good reason for that. The revamped Golf will be the company’s very first model to carry the revised corporate logo, along with the all-electric ID.3 hatchback. Also at the front, the two white stripes on the headlights don’t actually conceal the shape and design of the clusters, which appear to be of the full-LED variety.

The back of the car is not being teased today, although we have plenty of shots revealing the derrière of VW’s core model. We also have a spy image previewing the drastic changes set to occur inside the cabin where many of the physical controls will be implemented in the tablet-style infotainment system to enable a less cluttered dashboard.

As previously announced, the new Golf will premiere in October and go on sale in Europe before the year’s end. The Sportsvan will not return for a new generation due to slow sales related to the SUV boom.