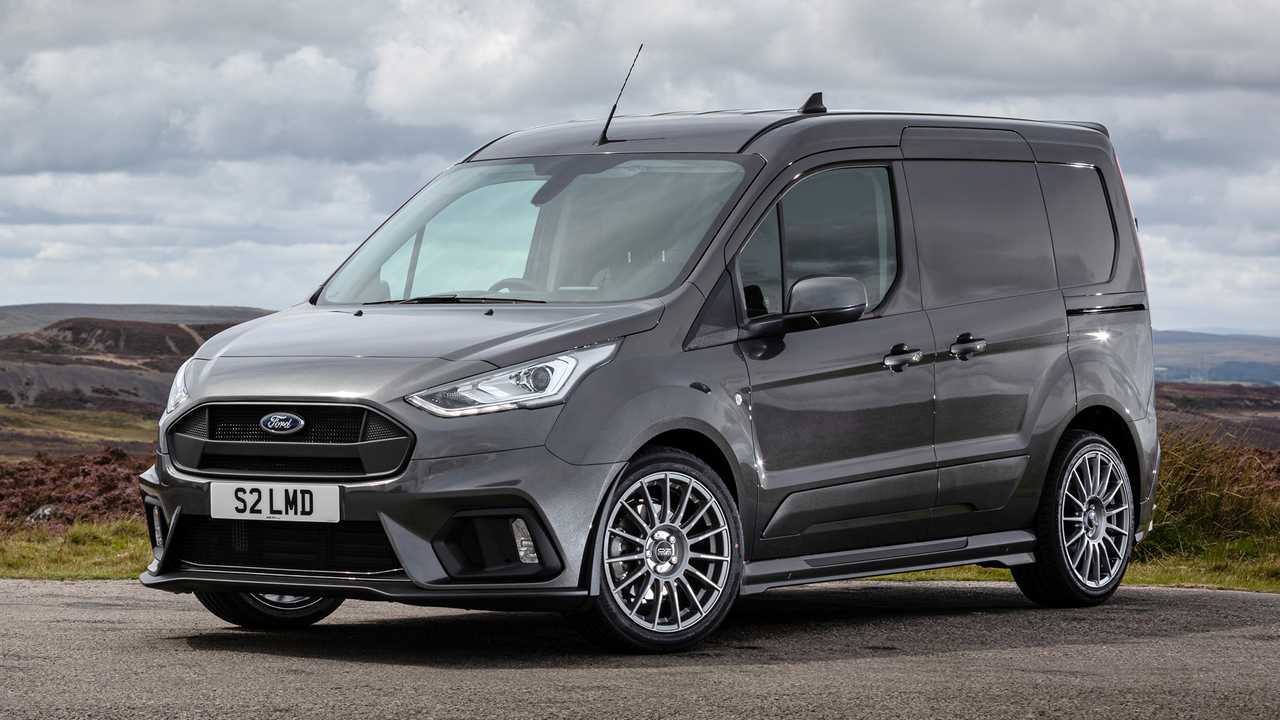 Sportier version of Ford's van gets a big exhaust and 18-inch alloys.

On the inside, meanwhile, there’s a carbon inlay sports steering wheel and hand-made nappa leather and suede upholstery. LED load space lighting is included, too, alongside a premium infotainment pack with satellite navigation and a reversing camera, plus bi-xenon headlights and twin side loading doors. Buyers will also be given an exclusive MS-RT gift pack, comprising a special logoed bag with products to help keep the vehicle looking well cared for.

Prices for the new van start at £23,995 plus VAT for the standard manual version. However, spending another £1,000 plus VAT will buy you the optional automatic gearbox. Later in the year, long-wheelbase version and double-cab variants will be introduced, although MS-RT has not yet confirmed pricing for these extra models.

Other options, aside from the bronze-coloured wheels, include a Maxhaust exhaust system with app-controlled soundtrack, a rally sticker pack and black exhaust tips. A full carbon steering wheel option is also available for the interior.

As with the Transit Custom conversion, MS-RT says it's designed to pass qualified vehicle manufacturer (QVM) approval with Ford. That means the van is subject to the same warranties and guarantees as a standard Ford Transit Connect van.

As a result, the first customers, who will receive their vehicles in September, will get a three-year, 100,000-mile warranty.

MS-RT founding director Edward Davies said the newcomer would appeal to customers who liked the company’s tweaked version of the larger Transit Custom.

“We’ve enjoyed unprecedented success with the MS-RT Transit Custom, with the order books completely full since launch,” he said. “Our customers absolutely love their vans and the uniqueness of them, so we expect that the Connect will develop a similar following among those who want a commercial vehicle with genuine motorsport heritage, fantastic sports styling and a full manufacturer-backed warranty. We can’t wait to deliver the first Launch Edition models later this year.”