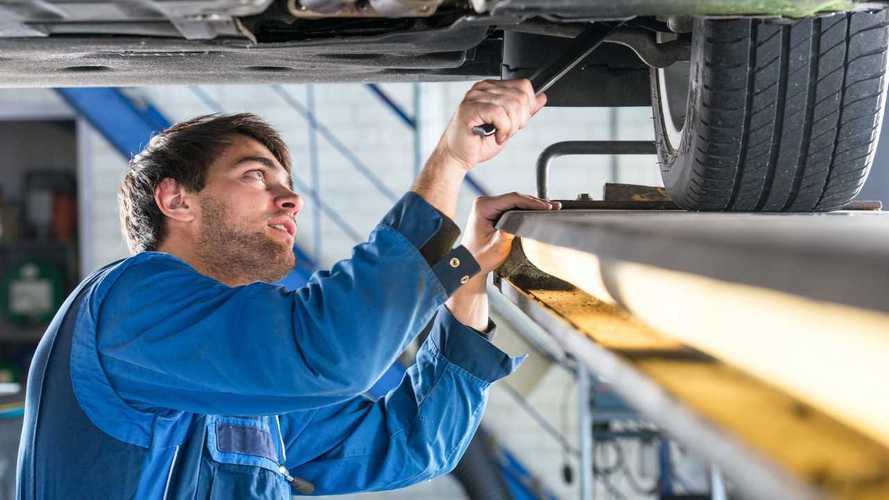 More than one in four cars with a valid MOT certificate still has serious advisory issues necessitating a return to the garage, according to new research.

A study of government data by vehicle servicing firm Protyre found that a quarter of vehicles have advisory faults that are not necessarily dangerous, but could cause a problem if not addressed at some point in the future. In all, the company estimates that more than 9.5 million vehicles on the road today could have advisory faults.

MOT tests involve checking the important parts of a vehicle to make sure they meet the legal standards and it is safe to use on the road. Any faults found are sorted into four categories, with the two most serious - ‘dangerous’ and ‘major’ - resulting in a test fail. However, faults can also be classed as ‘minor’ or ‘advisory’ issues that should be monitored or fixed in the future.

According to Protyre, the majority of advisories are for tyre and brake defects, with around one in six drivers who leave the MOT centre doing so with the advice to have these issues fixed soon. One in seven drivers, meanwhile, have an advisory for their suspension components, while a mere one in 45 have an advisory fault for their lights.

Should any of these faults become more serious, Protyre says drivers could face fines of up to £2,500 as well as receiving three penalty points on their licences if they are found to be driving a vehicle with defective tyres, brakes or unfit parts that could cause danger. As a result, the company’s national retail operations manager, David Sholicar, said drivers should not ignore advisory faults on their car’s MOT tests.

“Most drivers breathe a sigh of relief when their car passes its MOT, but the advisories are a warning that your vehicle could still become unroadworthy in a matter of weeks if you ignore them,” he said. “For example, a tyre advisory could be because the tread is nearing the 1.6 mm minimum depth, or the tyres may have cracking due to the tyres age, or a brake advisory could be because the brakes are nearing the wear limit, or showing signs of deterioration– potentially posing a safety risk to you and your passengers.

“Despite poor tyre maintenance and faulty brakes being the top two most common reasons for vehicle accidents in Britain, they are the most common advisory for cars that pass their MOTs. Some research even suggests that as much as half of British drivers even ignore warnings of a faulty car part until payday.”