Honda admits gap to leading F1 engines is "still there" 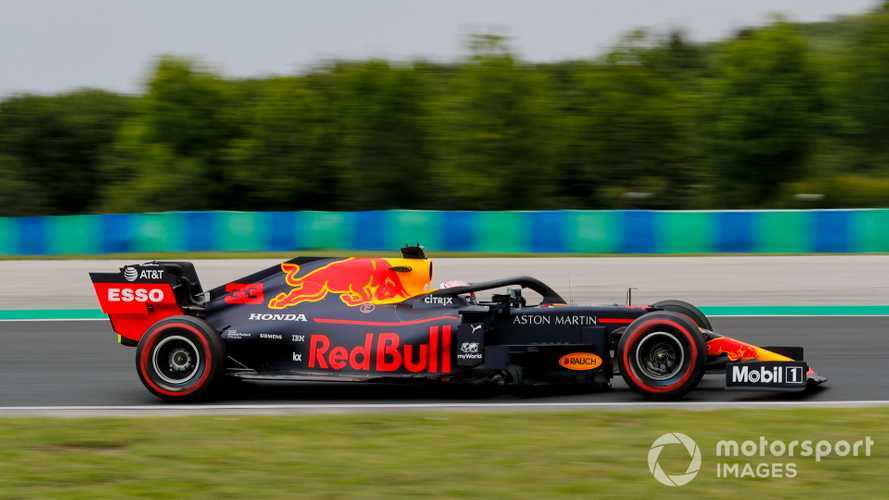 Honda's 2019 Formula 1 season has been better than technical director Toyoharu Tanabe expected but he admits the gap to the leaders is "still there".

With new partner Red Bull, Honda has secured its first victory since rejoining F1 in 2015 and ended a win drought that stretched back to 2006.

Tanabe joined the F1 project ahead of the 2018 season and has been a key player in Honda's improved reliability and development process.

He told Motorsport.com: "When we started the Barcelona test and the first race, early in the season, I saw a big gap between our performance and the top runners' performance.

"We kept pushing and working very hard to reduce the gap, but it's still there. We've got two victories with Max [Verstappen], the good thing is Toro Rosso got one podium.

"Germany was a very tricky race, the teams and drivers worked very precisely and reacted very quickly to changing conditions. It gave us a good result.

"So far, [it has gone] better than I expected. But our desire is more than the current results. I know it's not easy.

"We have the team, driver and engine working well, and can achieve our goal. That's what I'm thinking now."

Honda has introduced two upgrades already in 2019, which has helped it close that initial gap to leading engine manufacturers Ferrari and Mercedes.

Verstappen's victories in Austria and Germany were split by a strong performance in Britain, where Red Bull has struggled in recent years, and followed by the first Red Bull-Honda pole in Hungary.

Tanabe, who is often reserved with his emotions, said: "It's a little difficult to show you my mind, but actually I am very happy!

"People are working very hard at Sakura and there are many people watching us inside of Honda.

"The first win is one of the milestones. But our target is higher. I'm very happy, but we don't stop. Always another, another, one more.

Verstappen's pole in Hungary translated into second place in the race, as Mercedes outgunned Red Bull on strategy and allowed Lewis Hamilton to win.

Tanabe said that performance showed "there is a gap" between Mercedes and Red Bull-Honda, and was further evidence for how much it still needs to improve.

"Not only this race, but also from the first race," he said. "We can summarise the gap or performance difference between Mercedes and us.

"That type of data gives us a kind of target or real answer to our gap."