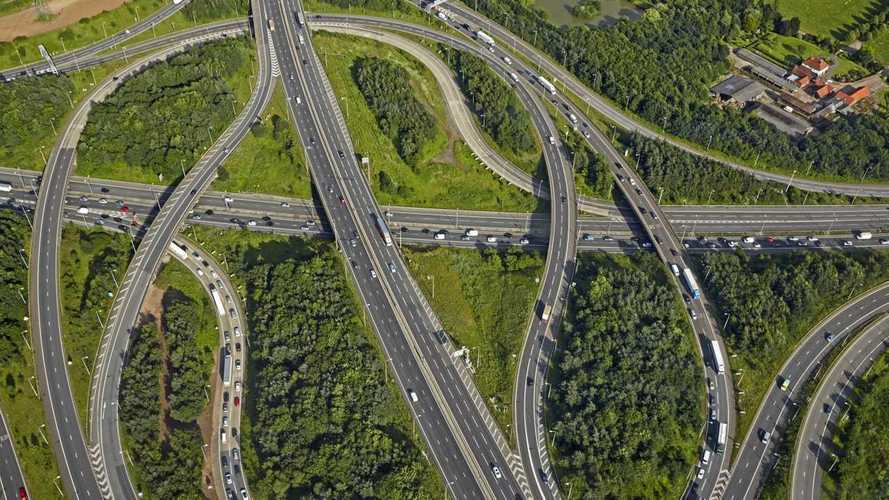 Department for Transport says the scheme will reduce traffic build-up and air pollution.

More on how data and AI are being used to make motorists' lives easier:

According to the Department for Transport (DfT), the government plans to release data on “planned changes to the road network”. This, the department says, will give tech firms the chance to feed the information to their AI route planning systems, allowing them to predict traffic jams and provide more accurate journey time estimates.

It’s all part of a review of legislation around Traffic Regulation Orders (TROs) - the orders that allow for temporary roadworks or permanent changes to the road. This, in turn, is part of the government’s Future of Mobility Grand Challenge, considering whether current legislation is fit to maximise the potential of future technologies.

As a result, the government says it plans to introduce legislation that will make it easier for tech firms to access data around the predicted 50,000 yearly road closures. The DfT says the change, which will be achieved in collaboration with organisations including councils and automotive technology companies, could lead to drivers being warned of planned disruption well ahead of the event, helping them to save time and money.

In a statement, the DfT said the plans will “give drivers confidence” to plan important trips without the fear of being stuck in traffic, while the system will also help to reduce congestion and delays. Furthermore, the department says the scheme could also improve air pollution by reducing the number of vehicles in traffic hotspots.

“As a road user, there is nothing more frustrating than discovering roadworks and getting stuck in traffic jams,” said George Freeman, the Conservative MP for Mid-Norfolk. “Today’s announcement will help open up data, reducing congestion, pollution and frustration for road users.”

But the DfT says the new rules could do more than just improve journeys for motorists. The department points to evidence that suggests opening up TRO data could also help with route planning systems for self-driving vehicles.

This would help the government achieve its goal of becoming a world leader in autonomous vehicle technology. Such is the government’s ambition that it has already set a target of having self-driving cars on the roads of Britain by 2021.

Speaking in February, automotive minister Richard Harrington said the government wanted to ensure the UK was the country chosen to develop and build driverless cars.

“The UK has a rich heritage in automotive development and manufacturing, with automated and electric vehicles set to transform the way we all live our lives,” he said. “We want to ensure through the Industrial Strategy Future of Mobility Grand Challenge that we build on this success and strength to ensure we are home to development and manufacture of the next generation of vehicles.”