Unsurprisingly, the WRC team won't be changing their C3 any time soon...

Citroen has handed its new Berlingo van to its world rally team, creating what it calls the “ultimate test” of the commercial vehicle.

More on the Citroen Berlingo:

The van, which is also available as a passenger-carrying MPV, was handed over to World Rally Championship (WRC) driver Esapekka Lappi and his co-driver Janne Ferm, who normally ply their trade in a C3 WRC car. Instead, they strapped themselves into a Berlingo kitted out in ‘Worker’ spec, with 30 mm more ground clearance than the standard vehicle, as well as underbody protection, Citroen’s Grip Control traction control system, Hill Descent Assist and mud and snow tyres.

Although the Berlingo ‘Worker’ was built to tackle the slightly rougher terrain found on building sites, the Citroen Total WRT team took it to the rather more daunting Langley Park Rally School in Essex. Here, Lappi and Ferm were tasked with putting the vehicle through its paces, giving them an extra stage to add to a gruelling season that saw the pair manage two podiums.

As you can see in the video above, Lappi didn’t hold back, sliding the van through the dusty course laid out in the Essex countryside, as well as jumping the vehicle over crests and giving it the beans on the rough track. The van, decked out in a special centenary livery, appears to survive more or less unscathed.

After putting the van through its paces, Lappi said he was surprised how well the van stood up to the punishment, but didn’t plan to swap it for his rally-going C3 any time soon.

“I was surprised that the new Berlingo van handled the rally stage so brilliantly,” he said. “The van was strong, very comfortable to drive and managed the corners exceptionally well. I might not swap my C3 WRC for a Berlingo, but it would definitely be useful as a reserve option!”

“WRC has always served as the perfect test bed for many of the technologies we see in our passenger cars today,” he said. “This was an excellent opportunity for us to showcase our best-selling new Berlingo van in a fun and safe way, and really test it to its limits. Although it may not have been quite the performance model Lappi and Ferm are used to, it certainly didn’t disappoint for comfort, robustness and driveability.” 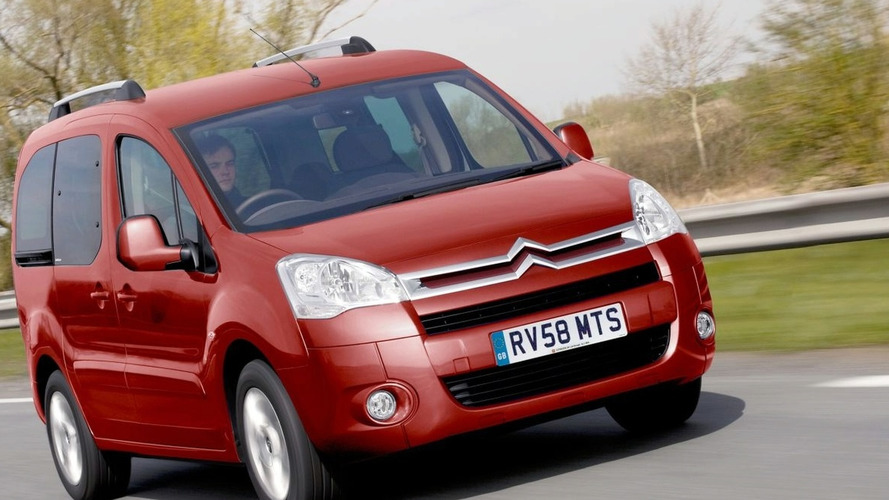