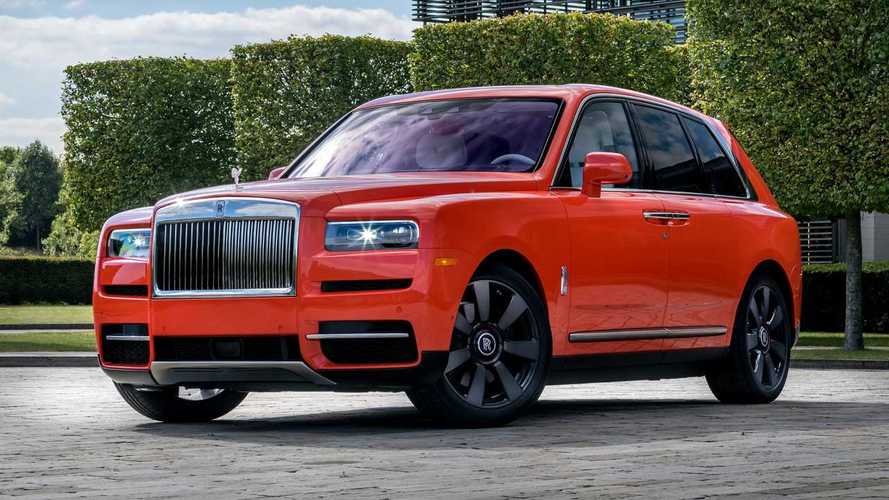 The number of custom colours that this guy owns is more than any other patron of the brand.

Having a lot of cash to spend on cars has its perils, too. With a multitude of choices out there, it would be hard to decide as to which car to go for. But certainly, buying a Rolls-Royce will always be part of that equation. The lineup of ultra-luxurious vehicles offers exclusivity to its patrons, so much so that they can even commission and name a customized color after them.

Car collector Michael Fux, however, has not only one of these bespoke colors. He now has 10 commissioned colors, all named after him, with this Fux Orange Cullinan as the latest of the bunch.

Of note, this is the 12th bespoke Rolls-Royce that Fux has commissioned for himself.

If this orange Cullinan looks familiar, that's because American NFL player Odell Beckham Jr. has wrapped his own Cullinan previously with Cleveland Browns-themed colour, similar to what Fux has. What differs, however, is that Fux went to Rolls-Royce and had all the customisations done before the car rolled out of the showroom. Now, that's luxury.

Fux's Orange Cullinan was unveiled by Torsten Müller-Ötvös himself, Chief Executive of Rolls-Royce Motor Cars at The Quail, A Motorsports Gathering. A number of customisations have also been done inside the car, as with other cars made by the brand.

The Cullinan just can't stay standard, can it?

"Michael is a true patron of our Rolls-Royce Bespoke artistry. He has continually brought us colour challenges ranging from exterior finishes to perfect colour matching for a variety of materials throughout his creations. For more than a decade, my team has never failed to deliver for him and the brand. He has created a collection of Rolls-Royce Motor Cars that will grace the lawn of Pebble Beach and Concours around the world for the next century," said Torsten Müller-Ötvös, Chief Executive, Rolls-Royce Motor Cars.

See the gallery below for the other Fux-commissioned Rolls-Royces.