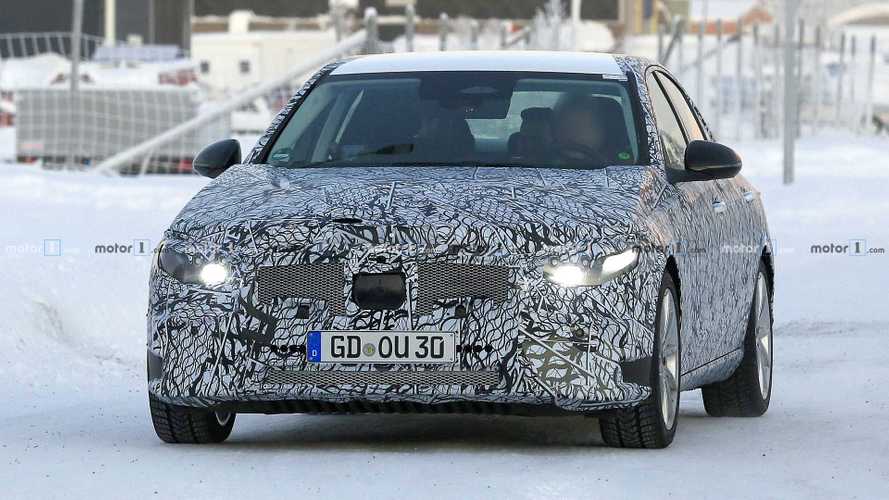 If it isn't obvious yet, we're entering the era of huge screens.

If you're among those who follow the motoring beat, you know we're currently in the age of massive screens inside cars. Brands like Tesla popularized the revolution with its infotainment display that stretches vertically – something that's impossible to miss. Porsche, on the other hand, showered the Taycan's interior with ubiquitous screens that reach the passenger side.

Mercedes, however, is about to join the revolution with the 2021 C-Class. According to a report by Auto Express, the Three-Pointed Star will give the next C-Class a huge touchscreen infotainment system that stretches from the bottom of the centre console. It will also combine the instrument cluster and the central display.

Auto Express also added that this setup will be similar to what the 2021 S-Class will carry. However, we're a bit on the fence on this once since spy shots of the next S-Class' interior show a different setup than what was described above.

If the C-Class screen setup will indeed be similar to what the S-Class has in the spy shots, then the instrument cluster will have a separate screen from the central display, although, the latter will stretch down to the bottom of the center console. Here's a spy shot for your reference:

Nevertheless, these two screen setup will still be aligned with the recent development in in-car infotainment displays.

A new C-Class is in the works:

Meanwhile, Auto Express reports that the next C-Class will be due for reveal in the next 18 months and will have a sharp new look. Electrified powertrains, hybrid and plug-in hybrids, are also in the checklist, furthering the push of the German brand into the electric revolution.

Enriching the C-Class isn't new for the brand as it is actually Mercedes' best-selling model, accounting for 20 percent of its global sales. We reckon, bringing the C-Class into the electric segment will surely future-proof the nameplate.