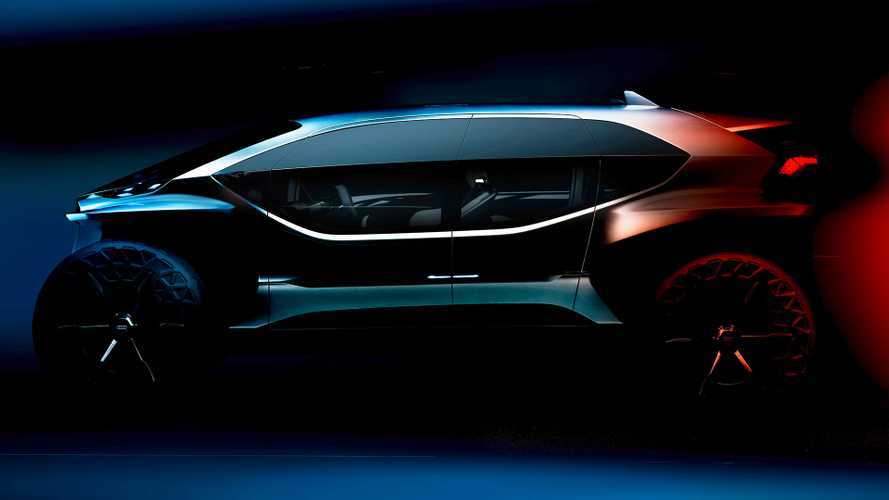 The Audi AI:Trail Quattro concept will debut at the 2019 Frankfurt Motor Show as the Four Rings' idea for a futuristic off-roader. The model will be the final entry in a series of four, previously revealed Audi electric concept vehicles: the Aicon sedan, PB18 grand tourer, and AI:ME hatchback.

Check out the other electric concepts in this family:

Audi Aicon And Elaine Preview Autonomous Tech Of The Future

Audi AI:ME concept revealed as rear-wheel-drive EV for the city

Audi doesn't yet provide many specifics about the AI:Trail Quattro. Judging from the single photo, the design pushes the wheels out to the corners as far as possible. There are no overhangs from the body panels in an effort to maximise the approach and departure angles. The general styling appears angular but with curves for the shape of the windows to soften the look. The ample glass in the sides should provide lots of outward visibility for enjoying a view of nature while off-road.

The Quattro moniker in the model name indicates that there's an all-wheel-drive powertrain. One possible layout would put an electric motor at each axle. Audi could also opt for an individual motor turning each wheel, which would allow for individually controlling the torque going to each corner for improved off-roading.

Judging by the teaser, the AI:Trail Quattro will be an imaginative concept rather than a preview of a future production model. The market for an off-road-focused electric vehicle is tiny, and there are no indications that Audi intends to take a gamble by entering the segment.

If you want a somewhat rugged, electric Audi in the real world, turn your attention toward the E-Tron. The existing model has a 237-mile range and gets power from a two-motor powertrain making 402 bhp in the S driving mode. Spy shots show a hotter model on the way by allegedly using a three-motor system – one in front and two in the rear – and a larger capacity battery.

At IAA 2019, Audi is showing the concept study for an electrically driven off-roader of the future. With this premiere, the brand with the four rings is completing a quartet of visionary automobiles, which started in 2017, also at the IAA, with the debut of the Audi AICON. All four studies can be seen at IAA 2019 at the Audi stand in Hall 3.