Richard Hammond and former Mythbuster have new show on Amazon 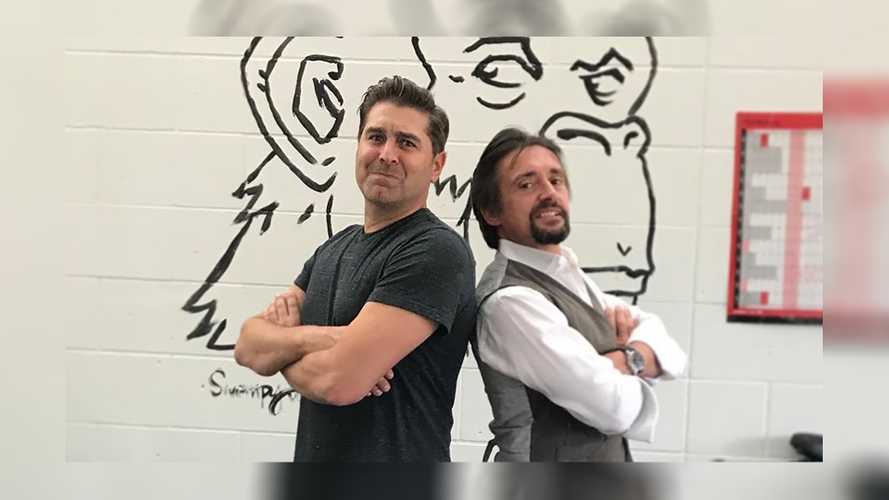 The two will be shipwrecked on a desert island.

The show, a six-part series, won’t have Hammond and Belleci sitting on their hands waiting for rescuers. Instead, they will be tasked with building a “paradise island playground,” according to Grand Tour Nation. The two will only be able to use what’s available in the shipwreck and what they can find on the island itself, which should allow for some creative thinking and engineering. Creations will range from island-hopping vehicles to a hydro-power waterwheel.

Additional details about the show are scarce, but considering the two’s hosting history and other on-screen antics, the new show will likely feature cool creations, lots of trial and error, and plenty of laughs in a familiar formula. While this isn’t directly related to cars, Hammond’s penchant for building strange cars and Belleci’s experience of building and breaking things could be the perfect on-screen formula for fun.

We’ll see some sort of transportation on the show. However, we don’t know if there will be enough materials on the island for Hammond to build something even close to resembling an automobile. That doesn’t mean he won’t attempt such a feat. Each episode will have the hosts building and engineering something new.

The show’s announcement, which still lacks an official name, was announced by Georgia Brown, director of European Amazon original series, at the Edinburgh TV Festival, according to Variety. Amazon didn’t give a release date for the new series; however, on Twitter Amazon Prime Video UK announced the show would be coming soon. When it does, the series will be available in over 200 countries worldwide.