The Supra posts an unexpected time.

When auto writers get hold of the 2020 Toyota Supra, the natural inclination is to take the coupe drag racing. In this clip, Cars.Co.Za challenges the new Supra against a BMW M2 Competition. Both models pack BMW-sourced engines. See which one uses a German mill to cross 400 metres ( a little less than a quarter-mile) more quickly.

Watch more of the Supra: 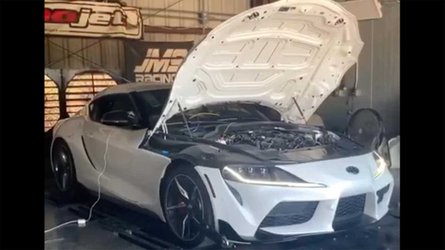 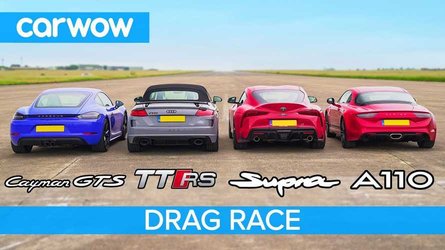 The Supra packs a 3.0-litre inline-six with a twin-scroll turbocharger, and BMW refers to it internally as the B58. The powerplant produces 335 bhp and 365 pound-feet torque. An eight-speed automatic is the only transmission choice. 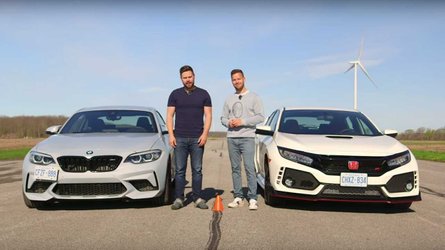 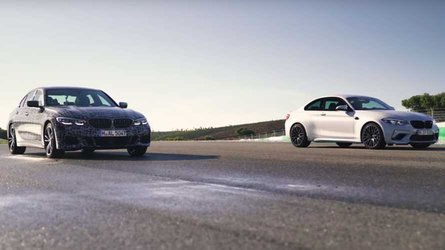 The M2 Competition uses the German brand's S55 engine. This powerplant also displaces 3.0-litres but has two turbos, instead of one. The result is 405 bhp and 406 lb-ft. The one in this video has the seven-speed dual-clutch, but BMW also offers a six-speed manual.

Without giving away the winner, we can reveal that there are very weird results to this drag race. The track on the Supra side appears to be very slick because the rear fishtails during the launch. The driver saws at the wheel to maintain control. The result is a 400-metre run in 13.44 seconds, and the figure for the M2 Competition isn't much different.

This is an oddly slow time for the Supra, though. In recent videos, we have seen quarter-mile times as low as 12.0 seconds and as high as 12.8 seconds for stock coupes. This race is an even shorter distance. The slippery strip's lack of traction seems like the most probable culprit for the slow time from Cars.Co.Za's car.

While Toyota says that hotter Supras are on the way, look for a more hardcore M2 to arrive first. Leaked information indicates the M2 CS might have 444 bhp and 406 pound-feet. It would also have an adaptive suspension, 19-inch forged wheels in a black or matte gold finish, and optional carbon-ceramic brakes. Lots of standard carbon fibre pieces would keep the weight down. Production allegedly begins in March 2020, and BMW reportedly plans to build only 2,200 of them.