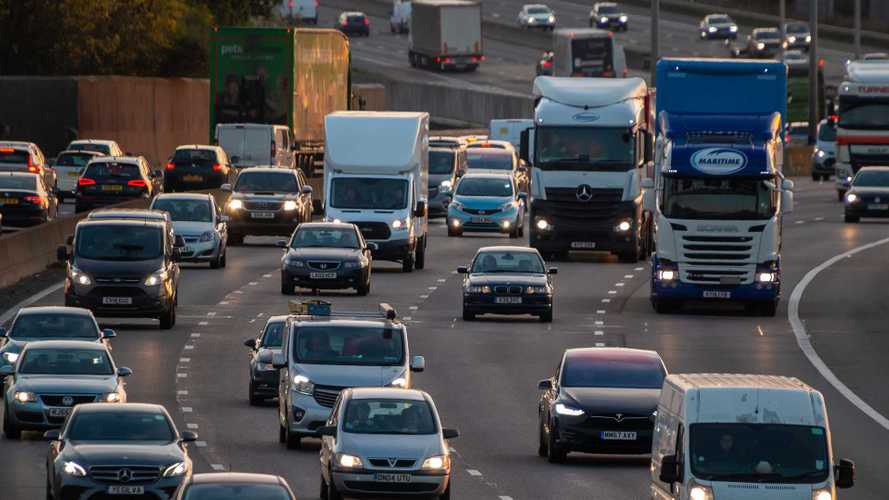 And the promise of good weather could see yet more holidaymakers come out of the woodwork.

Jams are predicted over the bank holiday weekend as British drivers are expected to make a whopping 16.5 million leisure journeys.

Estimates from the RAC and data firm Inrix suggest today Friday, August 23, and Saturday, August 24, will be the busiest days, with a combined total of 9.4 million leisure trips, while Monday, August 26, is expected to see around 3.7 million trips undertaken. However, the RAC says the promise of good weather could see that number rise.

As a result, there are fears of “record-level travel delays”, with Inrix’s data showing that Friday will remain busy for a seven-and-a-half-hour period between 11am and 6.30pm. In particular, the company says traffic will build on the anti-clockwise M25 between J4 for Bromley and J1 for Dartford at around 3.15pm, while the northbound M6 between J18 for Holmes Chapel and J24 for St Helens is expected to jam at around 2pm.

On Saturday, meanwhile, the busiest period is expected to fall between 10.30am and 2pm, with the heaviest traffic predicted for similar areas of M6 and M25 as seen on Friday. However, the delays are expected to be shorter.

Finally, on Monday, Inrix data suggests the busiest period will be from noon to 2.30pm, with heavy traffic on the southbound M6 between J27 for Wigan to J13 for Stafford. Jams are also expected on the anticlockwise M25 between J10 for Guildford and J6 for East Grinstead.

“Bank holidays have historically been one of the busiest times for road trips, and this year drivers could even see record-level travel delays,” said Trevor Reed, transportation analyst at Inrix. “Knowing when and where congestion will build can help drivers avoid the stress of sitting in traffic.”

With jams already on the cards, the RAC and Highways England, the government-run organisation in charge of the nation’s motorways, are urging drivers to check their vehicles over to prevent unnecessary breakdowns and to keep the network as free-flowing as possible.

“For many people, this coming weekend is the last chance to enjoy a long weekend this side of Christmas,” said RAC patrol Ben Aldous. “With the weather improving that’s likely to mean a lot of cars on the road heading to popular tourist destinations.

“A lot of the breakdowns we expect to see this weekend are preventable, so it’s vital drivers check over their car before setting out. Tyres with plenty of tread and properly inflated are far less likely to cause drivers problems, and it’s crucial that oil and coolant are at the right levels too. All are quick, easy things to check and can save drivers the hassle of a breakdown at the roadside.”

Melanie Clarke, Highways England’s customer service director, added: “We’re doing everything we can to make journeys as smooth as possible and that’s why we’re keeping 97 percent of the road network we manage, free from roadworks. Safety is our top priority and we know from experience that almost half of breakdowns can easily be avoided if motorists carry out simple vehicle checks before setting off over this period.”