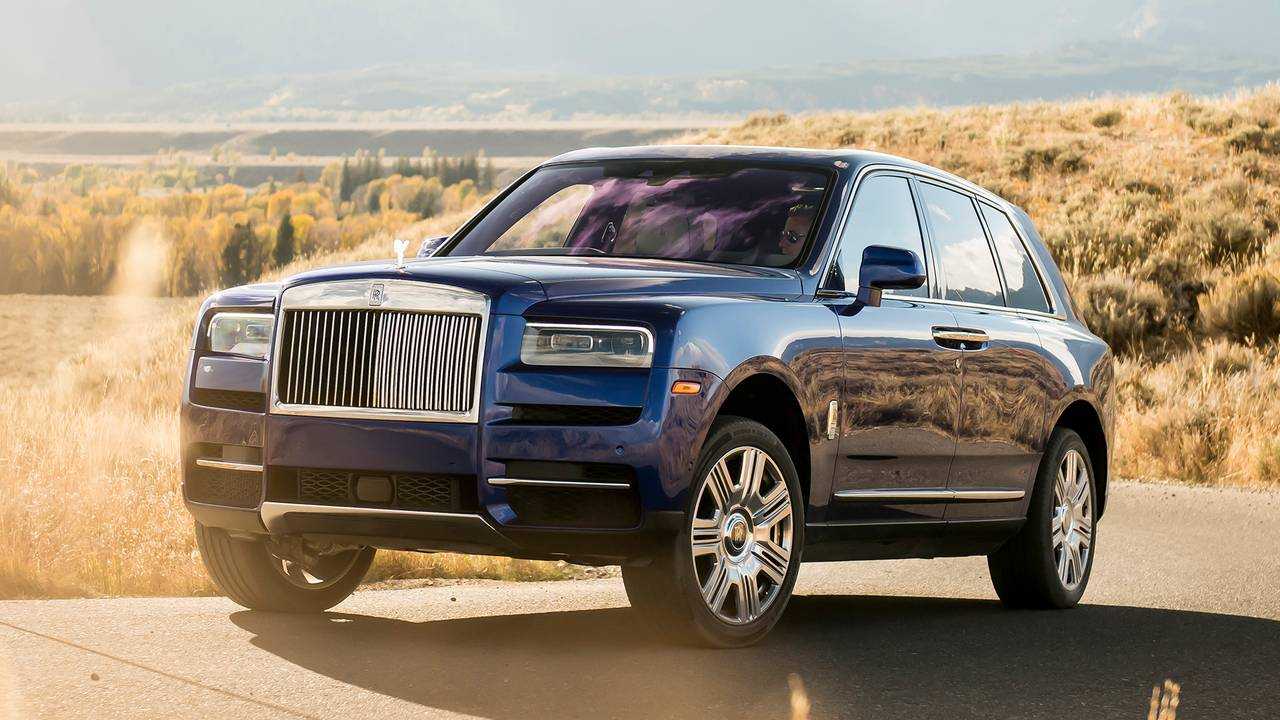 If it's anything like previous Black Badge models, the new Cullinan version will get more power and some styling tweaks.

If you’re familiar with Rolls-Royce’s modus operandi, you’ll probably remember the Black Badge versions of the Ghost and Wraith introduced a little over three years ago that were followed a year later by the Dawn Black Badge. The opulent automobiles from Goodwood received an assortment of black cosmetic tweaks inside and out, along with additional power for the V12 powerhouse that was hooked up to a sportier configuration of the transmission.

It now seems like Rolls-Royce is looking to give the Cullinan the Black Badge treatment as well based on a document from the California Air Resources Board discovered by our colleagues at Auto Guide. Taking into account the Cullinan Black Badge was discovered in a CARB filing indicates the hotter version of the SUV will be available in the United States.

The Rolls-Royce of SUVs:

Rolls-Royce Cullinan went flat out at the Goodwood hill

Every single Rolls-Royce Cullinan has been customised
⠀

Right now, the regular specification of the world’s most expensive and luxurious SUV provides effortlessly cruising thanks to a twin-turbo 6.75-litre V12 engine rated at 563 bhp and 627 pound-feet of torque. It will be interesting to see whether the new flavour of the Cullinan will match or even surpass the muscle delivered by the aforementioned 6.6-litre Wraith Black Badge, which is currently Rolls-Royce’s most powerful car ever – at 624 bhp and 642 lb-ft.

There’s also the issue of pricing, and with the base Cullinan kicking off at an already eye-watering £256,190, expect the Black Badge to command a significant premium. Throw in a couple of options and you’re probably looking at a £300,000+ SUV. The one we reviewed a couple of months ago carried an exorbitant price tag of £350,000 as it had quite a few extras.

A more powerful Cullinan with a hybrid powertrain is on the cards, but it’s not known at this point whether the electrified version has anything to do with the Black Badge. Whatever the case may be, the lavish SUV will get more power sooner or later.