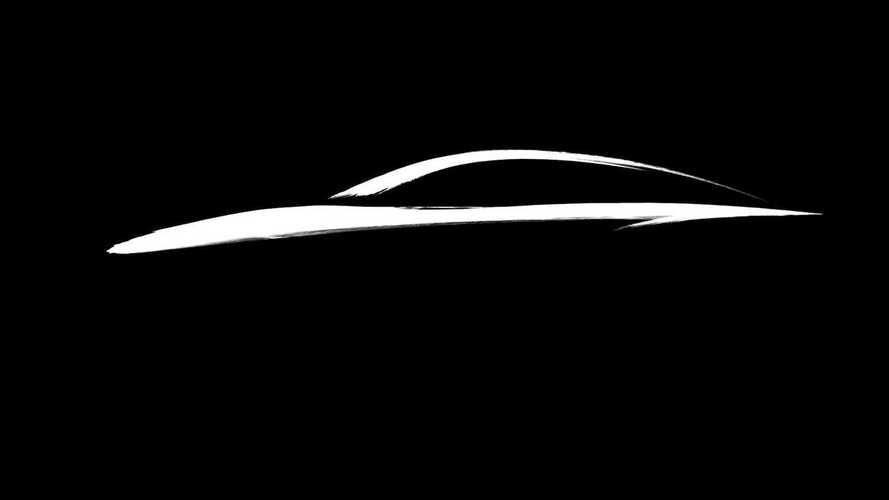 The spirit of the FX lives on, according to Infiniti.

Infiniti is teasing the latest addition to its model line in the form of a brushstroke. Well, brushstrokes. If we’re being technical.

The above image reveals the newest Infiniti model will bring the Japanese luxury brand into the growing crossover coupe segment. Dubbed QX55, the vehicle slides in between the compact QX50 and mid-size QX60 in the brand’s lineup.

While there’s little to go on outside of this teaser, the QX55 is likely a restyled QX50 and will serve as a competitor to the likes of the BMW X4 and Mercedes-Benz GLC Coupe. As such, we expect the new model to carry over its squarer sibling’s key mechanical components. That includes the brand’s trick variable compression turbocharged four-cylinder engine, which can quickly switch from a power-minded 8:1 compression ratio to a more efficient 14:1 ratio.

Although it's possible the QX55 shares its front clip with the QX50, the above teaser makes it abundantly clear that the vehicle’s sheet metal aft of the A-pillar is specific to the model. Infiniti says the QX55’s roofline is inspired by that of the original FX crossover, a vehicle that featured a crescent-shaped window line that tapered toward the rear fender. The FX was originally introduced for the 2003 model year. Infiniti pulled the plug on the crossover following the 2017 model year, at which point it was known as the QX70.

We’ll know more about the QX55’s underpinnings, powertrain, and styling details in the coming months, as Infiniti states the model will arrive at dealers during the summer of 2020. Until then, sound off in the comments section below with your thoughts on the upcoming QX55 crossover coupe.