The only loser is the guy who has to pay for all the rubber.

When you bring three professional drifting drivers together on a race track, good automotive things are bound to happen. By that, we mean bad things for tyres and that holds especially true when not one, but two new Toyota Supras are involved. Yes, the iconic fourth-gen A80 Supra is still the darling of purists, and it was certainly at-home going sideways in Japanese drift battles through the 1990s and 2000s. We suspect Toyota is keen to get some of that love over to the A90, as seen in this rather unorthodox video featuring drifting pros Ryan Tuerck, Ken Gushi, and Frederic Aasbø. 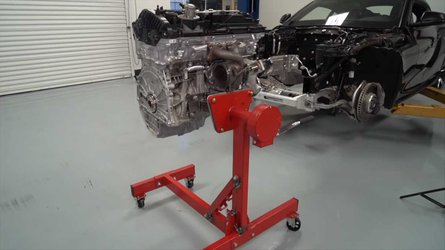 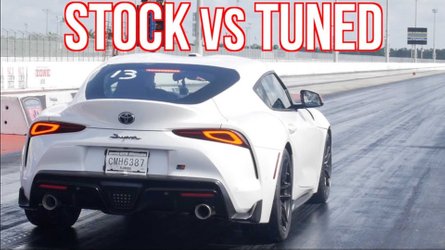 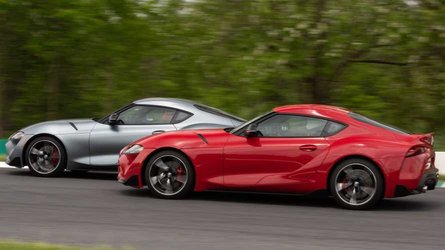 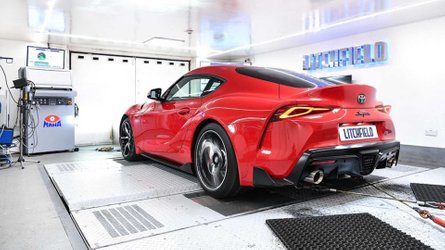 For those not familiar with the timeless basketball game of horse, the object is simple. One person takes a shot and if the second person misses, they get a letter. The first to spell horse loses. For gratuitous Supra tyre-smoking purposes, the “shots” are various challenges each driver must complete, with factors such as time and subjective judging being used to determine a winner. It’s all completely scientific – who can spin donuts quicker, or who can mess up a pizza the most with excessive opposite-lock action. You know, proper consumer advice for folks considering a new Supra.

We’d share the outcome with you, but it so doesn’t matter. This clip is all about ripping tyres and trying to capture some of the glory of the previous-generation Supra. And you know what? It works. Yes, some folks are upset over BMW’s involvement in the reborn moniker, but this car is fast, fun, and easily capable of going sideways at will. As the months and years progress, we suspect some of the initial pushback will wane and to Toyota’s credit, it’s making a proper effort to speed up the process.

Now, let’s see some full-on A90 Supra drift cars tearing up some pavement.