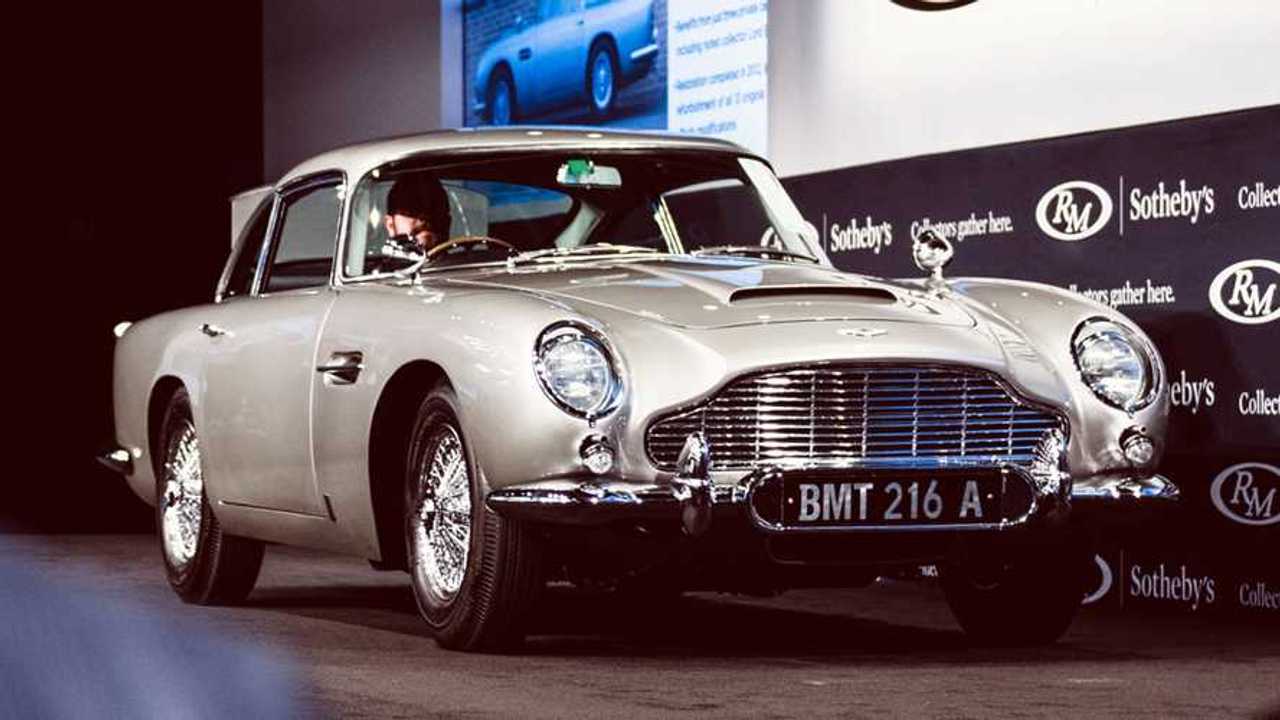 The car was originally built for publicity events surrounding the Thunderball film.

The Aston Martin DB5 used for the promotion of the James Bond film Thunderball has become the world’s most expensive DB5 after sold at auction for more than $6 million (roughly £5 million).

The classic sports car, which has been dubbed “the most famous car in the world”, was originally commissioned for publicity and promotional activity for the famous Bond film, which starred Sean Connery as 007. The link with Ian Fleming’s fictional hero meant the car came with an original estimate of $4,000,000-6,000,000 (£3.29m-£4.93m) for the RM Sotheby’s auction in Monterey, California.

However, in the event, the car fetched $6,385,000 - the equivalent of around £5.25 million at current exchange rates. As a result, the 1965 vehicle became the most expensive Aston Martin DB5 ever to be sold at auction.

Although the Bond car was undoubtedly the star of the show at the American sale, the ‘Evening with Aston Martin’ auction was a celebration of many of the brand’s past models. Highlights included a 1965 DB5 Shooting Brake, which sold for $1,765,000 (around £1.45 million).

“The interest among collectors and enthusiasts worldwide underscores the enduring global appeal of this great British sports car company,” said Andy Palmer, president and group CEO of Aston Martin Lagonda. “Aston Martin Lagonda has stood tall at the pinnacle of the British automotive world for over a century. Recognised today for our excellence in design, engineering, craftmanship and style, we of course would not stand in this position without a rich history of iconic models that have helped shape and define what this brand means today.

“Thanks to RM Sotheby’s, this event has been, without question, a highlight on the Aston Martin heritage calendar in 2019 and I, for one, look forward to seeing many more sales in the future, in partnership with our exceptional heritage division, Aston Martin Works.”

Barney Ruprecht, car specialist at RM Sotheby’s, spoke of the company’s delight at selling the world’s most valuable Aston Martin.

“It was an honor to offer the iconic James Bond 007 Aston Martin DB5 alongside our partners at Aston Martin and Aston Martin Works,” he said. “We are beyond thrilled with tonight’s fantastic result and proud to have set a new record for the most valuable DB5 sold at auction. Beyond this new auction record, the enormous amount of interest in the car and excitement surrounding it ahead of the auction solidifies its status as the ‘most famous car in the world’, along with the collector car hobby’s great respect for the Aston Martin brand.”