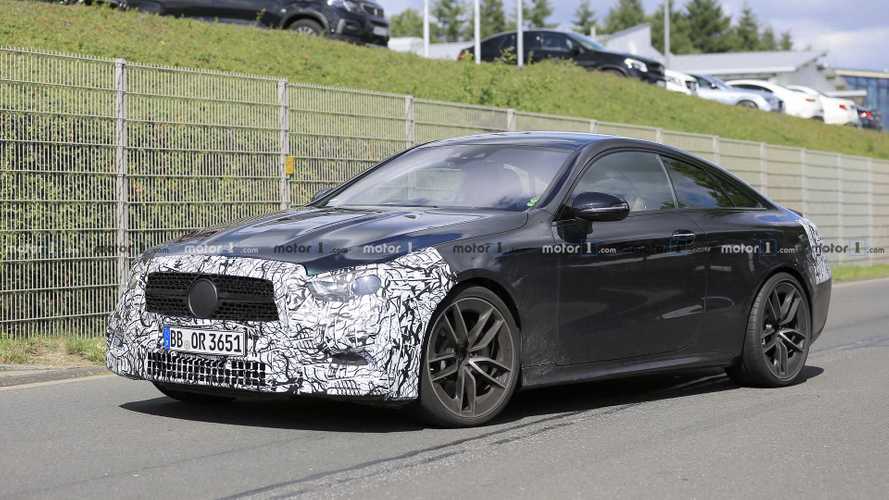 It's our first look at the electrified coupe in facelifted guise.

August may be a slow month in Europe as many decide to go on holiday, but with Mercedes having such a vast portfolio, there’s no time for breaks. After seeing prototypes of the GLA 45, GT R Black Series, and E63 Estate recently, our spies have now sent us a fresh batch of images with yet another AMG.

The E53 we rarely get to talk about was introduced at the 2018 Detroit Auto Show in coupe and cabriolet flavours by Mercedes-AMG as part of the new “53” series that also includes the sleek CLS 53 and the GLE 53 SUV. Months later, the E53 Saloon and E53 Estate joined the range, and now it looks like Daimler is already preparing a nip and tuck for this electrified lineup of performance models.

These images are showing a mildly updated prototype of the E53 Coupe wearing front and rear camouflage to hide the changes. We can already see good chunks of the headlights and taillights, which will obviously have a lot in common with the lighting clusters of the lesser E-Class facelift models. Expect the headlights to resemble those sharp units of the CLS, while the slightly tilted rectangles in the taillights are similar to those fancy OLED lights of the S-Class Coupe facelift.

For the moment, we don’t have any shots of the interior, but chances are the entire E-Class family will make the switch to the MBUX infotainment system. Mercedes could spice things up a bit by revising some of the trim and upholsteries in a bid to keep the E53 Coupe fresh and competitive in its battle with other midsize luxury sports coupes.

Considering the E53 is a recent addition to AMG’s portfolio, we’re not expecting any changes in terms of powertrain. A turbocharged inline-six 3.0-litre engine rated at 429 bhp and 384 pound-feet of torque will work with an electric motor nestled between the combustion engine and the gearbox. Known as EQ Boost, the electric motor serves as a starter and generator while offering an extra 21 bhp and 184 lb-ft.

Real-world testing has demonstrated the E53 Coupe’s impressive performance thanks to a virtually nonexistent turbo lag. The electrified powertrain offers plenty of horsepower and torque throughout the rpm range and all the way up to the vehicle’s quoted top speed of 155 mph after doing 0 to 60 in a mere 4.3 seconds.

The discreetly updated E53 Coupe will probably be launched late 2020 / early 2021 following the debut of the regular E-Class Coupe.