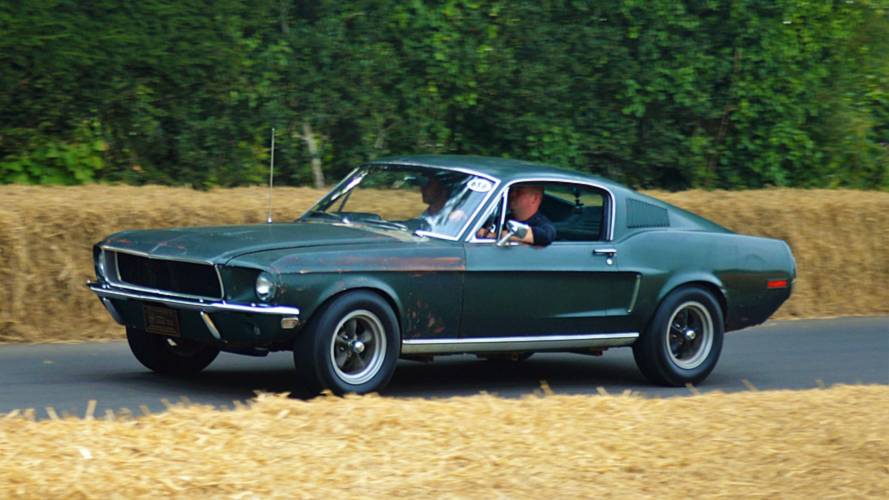 The iconic Steve McQueen-driven machine will cross the auction block in 2020.

The iconic Ford Mustang GT390 featured in the Steve McQueen film Bullitt will be sold next year at Mecum Auctions’ Kissimmee, Florida event.

The car reappeared last year after more than three decades hidden away, and went on a tour coinciding with the film’s 50th anniversary and the launch of the latest ‘Bullitt Edition’ Mustang.

We get the inside scoop on this historic machine

Owner Sean Kiernan (pictured below) inherited the car from his parents, who bought it in 1974 after spotting a listing for it in Road & Track Magazine. The car was used as the family’s daily driver for several years until the attention that it attracted led the family to choose to hide the car away.

“Through a lot of conversation and prayer my family and I have decided to sell our car, the 1968 Mustang GT fastback known as Bullitt,” Kiernan said in an Instagram post. “I can promise that we have thought this through together and decided that this is the best decision for the family.”

“Bullitt has been part of my family for 45 years and we have celebrated her in the grandest way possible, and now it will have a new role and new meaning to the future owner,” he added. “I have accomplished what I set out to do with the car; tell my Dad’s story in the best way possible and share the car with the world.”

The car’s reemergence last year sent shockwaves through the automotive and film communities, with the car’s whereabouts being a constant subject of speculation, despite the fact that the Kiernan family knowingly had the car all along.

“I had no idea what to expect when we unveiled the car in January 2018 in Detroit, but since then everyone has been absolutely excited and respectful to see the car and hear the story,” Kiernan said. “I have met many awesome people along the way and have heard many amazing stories. Thanks to each and every one of you, and I will continue to be very active in the automotive/Mustang community. Also, I plan to take a much bigger role in Parkinson’s research and surrounding charities such as Drive Toward a Cure.”

Kiernan had received offers for the car in the past, and even further back, McQueen himself attempted to buy the car from the family on more than one occasion.

Before the car's sale it will go on another tour, taking in events like the Charlotte AutoFair and the SEMA show in Las Vegas.

Want a Bullitt of your own?

Gallery: Bullitt Mustang at the Goodwood Festival of Speed