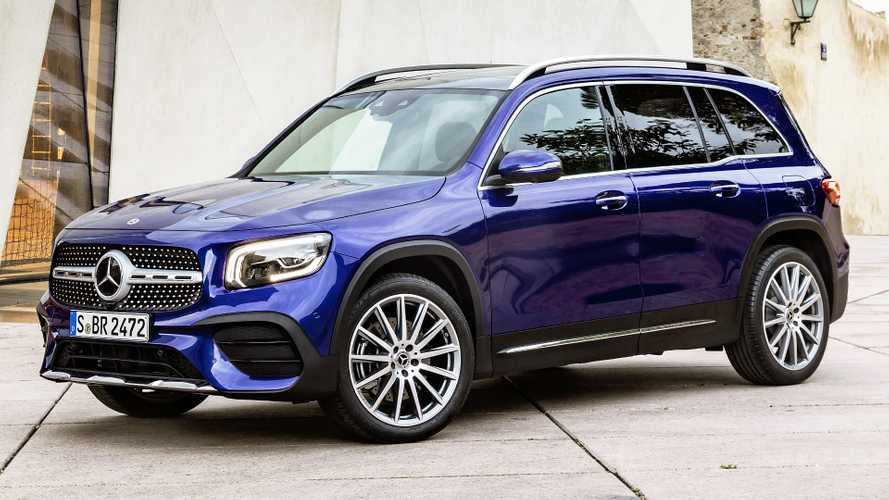 Mercedes-Benz’s £34,200 GLB small SUV has gone on sale in the UK ahead of the first customer deliveries, which are slated for December.

More on the new Mercedes-Benz GLB:

The highlight, though, is the MBUX infotainment system, which is rapidly becoming available across the German brand’s range. Housed in a seven-inch touchscreen, the system allows voice control and the Mercedes Me Connect connectivity system, which includes an emergency call system, accident recovery, breakdown management and maintenance management.

Standard safety equipment includes Active Brake Assist, which is Mercedes’ name for autonomous emergency braking - a system that automatically slams on the brakes if an impending collision is detected and the driver does not react. Active Lane Keeping Assist, which helps the driver remain in their lane should their attention wander, is also included in the asking price.

For a bit more kit, though, customers can always splash out on the AMG Line models. They have much the same standard equipment as the Sport versions, but add larger 19-inch alloy wheels, and AMG sport bodykit and privacy glass, as well as swapping some of the Artico leather upholstery panels with race-inspired Dinamica microfibre fabric.

And if that’s still not enough, there’s the AMG Line Premium, which adds Augmented Reality Navigation housed in a 10.25-inch infotainment display, as well as a 10.25-inch digital cockpit display, Mercedes-Benz 10-speaker, 225-watt sound system, smartphone integration and wireless charging. Or you could have the top-of-the-range Premium Plus model, which gets all that plus a panoramic sunroof and more advanced safety equipment.

Under the bonnet, customers can choose between three 2-litre, four-cylinder engines, two of which run on diesel and one of which uses petrol. The petrol engine, which wears the ‘200’ badge, is the cheapest of the bunch and pushes 161 bhp to the front wheels through its seven-speed automatic transmission. That means 0-62 mph takes 9.1 seconds, while the combined fuel economy is a respectable 47.1 mpg.

Alternatively, you could have the diesel-powered ‘200 d’ model, which is offered with either front- or four-wheel drive. That engine produces 148 bhp, but despite being less powerful than the petrol-powered 200, it’s one tenth of a second faster to 62 mph. It’s more economical, too, with its standard-fit eight-speed automatic gearbox helping it to manage 56.5 mpg in its most frugal two-wheel-drive guise.

Finally, there’s the ‘220 d’ diesel, which is currently the flagship of the range. Offered solely with four-wheel drive, it’s the most powerful engine on offer, producing 188 bhp. As you might expect, it’s the fastest model there is (for the moment), hitting 62 mph in 7.6 seconds despite being able to return 51.4 mpg.