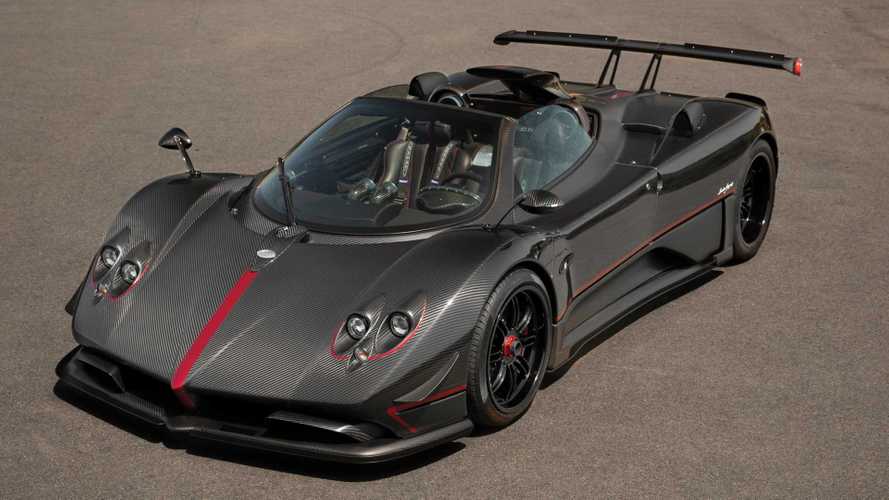 Heading to auction, the unique V12 roadster is estimated to fetch at least £3.7 million.

The amazing Pagani Huayra Roadster BC has been making the headlines this month and with good reason, but there’s another droptop from Modena we want to bring to your attention. The Zonda, a car that traces its roots to 1999 and (sort of) went out of production in 2013 with the track-only Revolucion, is still relevant as we’re approaching 2020.

One of the last Zondas built by Pagani and at the same time one of the most powerful is the 2017 Aether. Needless to say, it’s a one-off example and the first Zonda to be offered at auction in almost seven years. We’re looking at a roadster version of the immortal supercar, finished in exposed carbon fibre with matte and glossy body accents contrasted by red trim.

From the massive rear wing to the roof scoop (or should we just say scoop since it doesn’t actually have a roof?), there’s nothing ordinary about the Zonda Aether. It takes cues from the Cinque Roadster released about 10 years ago and combines them with the mighty AMG 7.3-litre V12 engine developing 750 bhp. If you’re in the “real cars have three pedals” crowd, you’ll be happy to hear the unique Zonda is equipped with a six-speed manual gearbox sending the Affalterbach horses to those meaty rear tyres.

If you know your Zondas, you’ll probably recognise the green start button was borrowed from the Zonda R, while that analogue speedometer that goes all the way up to 400 kph (248.5 mph) shows the beauty of simplicity. You won’t find conventional door handles inside the Aether’s cabin as those have been replaced by door straps to save weight.

Offered by RM Sotheby’s straight from its original owner, the one-of-one roofless Pagani Zonda Aether will be up for grabs during the Abu Dhabi auction on November 30. The exquisite machine is expected to fetch anywhere between $4.5 and $5.5 million (approx £3.7 and £4.6 million). Even if it doesn’t get a dollar above the minimum estimate, it’ll still be a lot more expensive than the already-sold-out Huayra BC Roadster, which costs about £2.7 million and is limited to 40 examples.

The hypercar that refuses to die: