Morgan hands first Plus Six demonstrators over to dealers 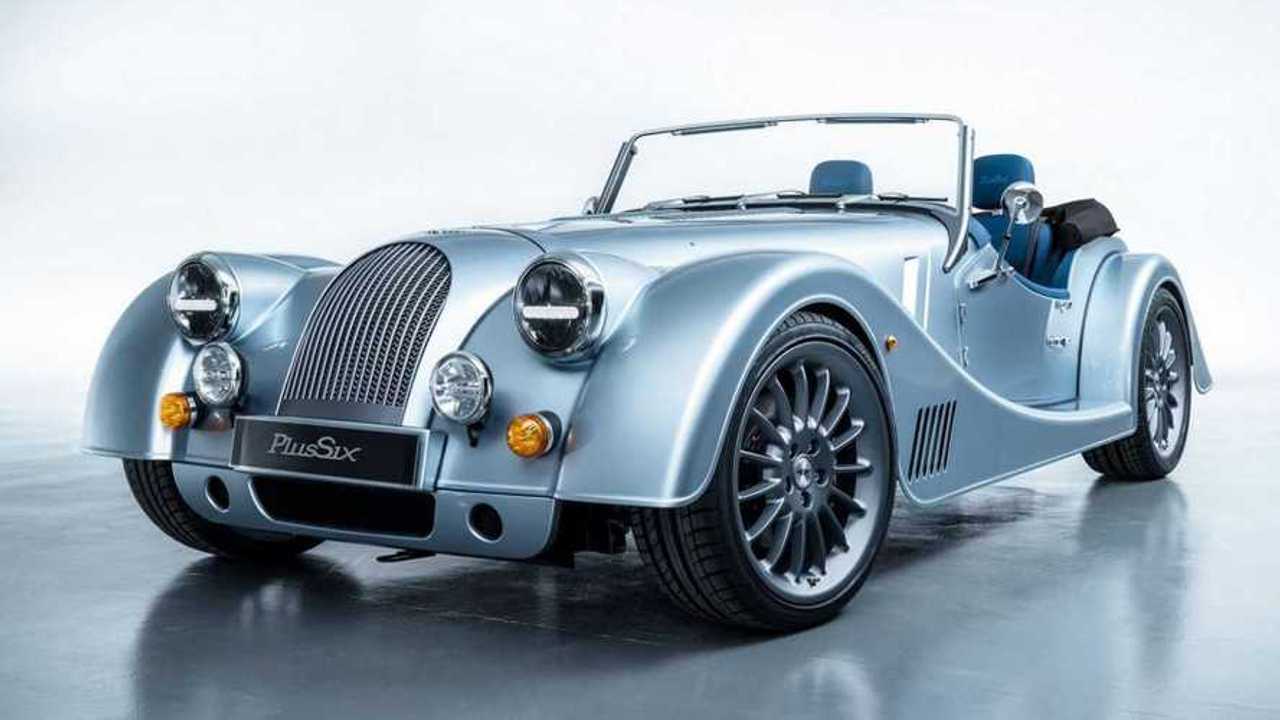 Small British sports car manufacturer Morgan has delivered the first 11 of its new Plus Six models to dealers around the country.

The new model, which is based on an all-new aluminium platform, shares less than one percent of its parts with other models in the Morgan range, and is described as the most dynamically capable Morgan ever. Under the bonnet is a 3-litre straight-six BMW engine, much like the ones seen in the brand's M140i hot hatchback and even the huge X7 40i SUV. The German engine gives the car its name and produces 335 bhp - enough for a 4.2-second 0-62 mph time.

As a celebratory gesture, each of the first 50 examples of the new Plus Six will come in First Edition guise with one of two colour schemes. Some will be Moonstone models with Ice Blue exterior paint, grey 19-inch alloy wheels and a blue composite hard-top. They will also get spot lights, dark blue leather and black trim to match the mohair hood.

Other examples, though, will come with the Emerald pack (above), incorporating metallic green paint, grey alloy wheels and tan leather. They too will get the body-coloured composite hard top, but the interior will be finished with matte-finish walnut on the dashboard and centre console. Both versions will cost £89,995 - up from the £77,995 starting price for the ‘standard’ car.

The first 11 cars were handed over to dealers in a ceremony during the annual Morgan ‘Thrill On The Hill’ event at Prescott Speed Hill Climb, in Gloucestershire. Taking place on the hill itself, the event marked the first deliveries of the car, which won’t be available to customers until the fourth quarter of 2019. Until then, prospective customers will have to visit their dealers to try the new model and potentially join the 150-plus orders that have already been placed.

“We are delighted to witness the first Plus Six models being handed over to our UK Dealership network here at Thrill On The Hill 2019,” said Steve Morris, CEO of the Morgan Motor Company. “The sight of all 11 Plus Six First Editions is one to behold, and this handover marks the culmination of years of hard work from our small team based in Malvern Link. I would like to thank all the staff at our factory, and our Morgan dealerships in the UK and around the world, for their continued efforts in bringing Plus Six to market. We look forward to a bright future for this fantastic new Morgan.”