This is the ten millionth Mini 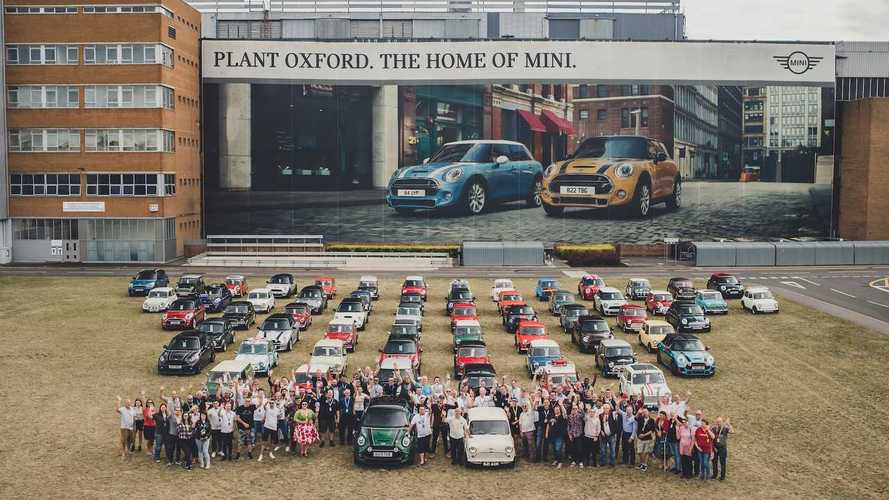 The pop icon turns 60 this year.

It's been sixty years since the idea of Alec Issigonis, designer of the classic Mini, laid the foundations for what would be a very important milestone in the automotive industry. With an engine mounted transversely at the front of a car, coupled with a gearbox underneath the engine, and the wheels pushed far out to the corners of the car, the blueprint for modern small and compact cars was born. You had maximum interior space with a small footprint, plus the exceptional handling characteristics of a vehicle that was light on its feet, a formula that Mini would still keep applying to its offerings six decades later.

The ten millionth unit of this iconic brand was produced at the British MINI Plant Oxford, where the classic Mini was manufactured from 1959 onwards. The unit itself is a special Mini 60 Years Edition, a car that took part in a 60 car convoy from Oxford to Bristol, where fans celebrated the biggest birthday party for the British brand at the International Mini Meeting this past weekend.

“Seeing the ten millionth vehicle of our brand come off the production line here in Oxford was a moment of pride for all the employees. Some of them have family members who were already producing the classic Mini at this site,” explained Peter Weber, Head of the MINI Plant Oxford. “This is a wonderful chapter in the history of MINI and proof of the passion that our customers have for this very special British motor car.”

From electric marvels to pocket rockets:

In the years leading up to 2000, the classic Mini enjoyed enormous success, selling 5.3 million cars worldwide. In 2018, 400,000 Minis were sold in over 100 countries, and up to 1,000 cars are produced at Mini's plant in Oxford every day. With numbers like these, the modern Mini is definitely following hot on the heels of its historic predecessor.