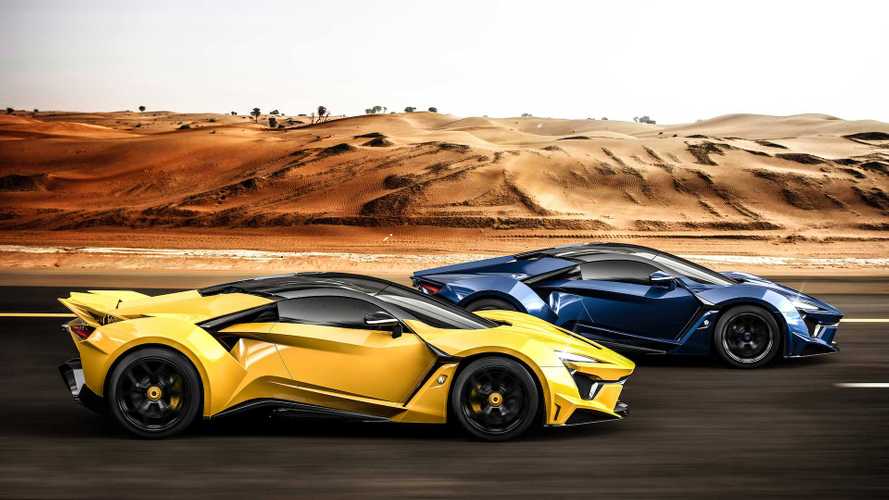 Look up the word "wealthy" in the dictionary. Next to the definition, you might find a picture of Japanese businessman, Tetsumi Shinchi, who just bought the last five of the allotted 10 W Motors Fenyr SuperSport Launch Editions. Each car costs around £1.4 million new, and the set of five reportedly sets Shinchi back more than £7 million in total.

W Motors shared the news of the impressive purchase on its Facebook page. In the post, the company shows sketches of multiple versions of the Fenyr SuperSport wearing unique paint jobs and asks, "Can you guess which colours [Tetsumi Shinchi] got?" Unfortunately, W Motors doesn't specify exactly which five colours and trims Shinchi chose.

But why five of the same Fenyr SuperSport Launch Editions (outside of obscene wealth)? For one, it's fast. Really fast. Under the bonnet of each Fenyr SuperSport lies a twin-turbocharged 3.8-litre flat-six engine tuned by Ruf producing 799 bhp and 723 pound-feet of torque. Power travels to the rear wheels via a seven-speed dual-clutch transmission.

The Fenyr SuperSport is lightweight, too. Carbon fibre body panels encapsulate an aluminium cabin, keeping the Fenyr SuperSport to a featherlight 1,349 kilograms. That allows for a 60 mile-per-hour sprint of just 2.8 seconds and a top speed of 249 mph, according to the company's spec sheet.