Driver Aleksey Tretyakov left with broken legs and nose. His children are fine.

What can possibly be a "trimmed Autopilot" version? This is the most accurate report so far that we have on what happened to Aleksey Tretyakov and to his children this past 10th of August. He was driving his Tesla Model 3 and hit the back of a tow truck at 62 mph on the Moscow Ring Road.

At first, reports claimed it was a Tesla Model S and that Tretyakov and his two children were seriously injured. But the first reports were wrong. Tretyakov was indeed hurt but not in a life-threatening way. 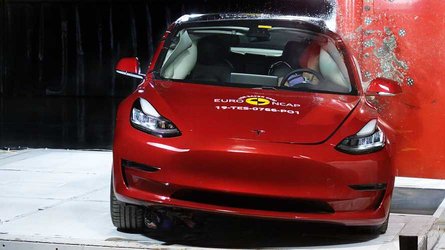 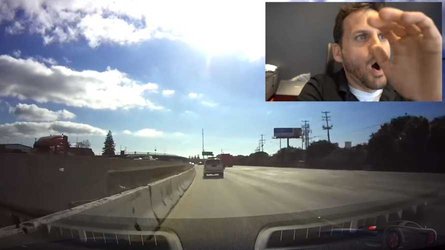 Another difference in the report regards Autopilot. While Crimerussia.com says Tretyakov was driving (holding the wheel and at the ready) with the driver assistance activated – which would be the “trimmed Autopilot” we mentioned above – IXBT.com says the car was on Autopilot and the system failed to recognise the tow truck.

Crimerussia.com says Tretyakov stated he was driving with his hands on the wheel and that he did not see the truck. Something the video below makes us wonder. How could he not see it? Check it for yourself.

The car clearly brakes before hitting the truck. Was it Tretyakov or Autopilot who pushed the brake pedal? More than that, the tow truck was in the left lane, way ahead of his Model 3. Tretyakov would not have missed it if he had his eyes on the road.

If you happen to live in Russia or if you understand the language, it would be nice if you had more info on what happened. We suspect that, despite protecting its occupants in a way no other car probably would, the Model 3 will be accused of causing this perfectly avoidable crash due to Autopilot. Just wait.

As usual, Tesla will be able to tell if Autopilot was engaged and if the driver really had his hands on the wheel. We will surely hear more about what happened in Moscow.