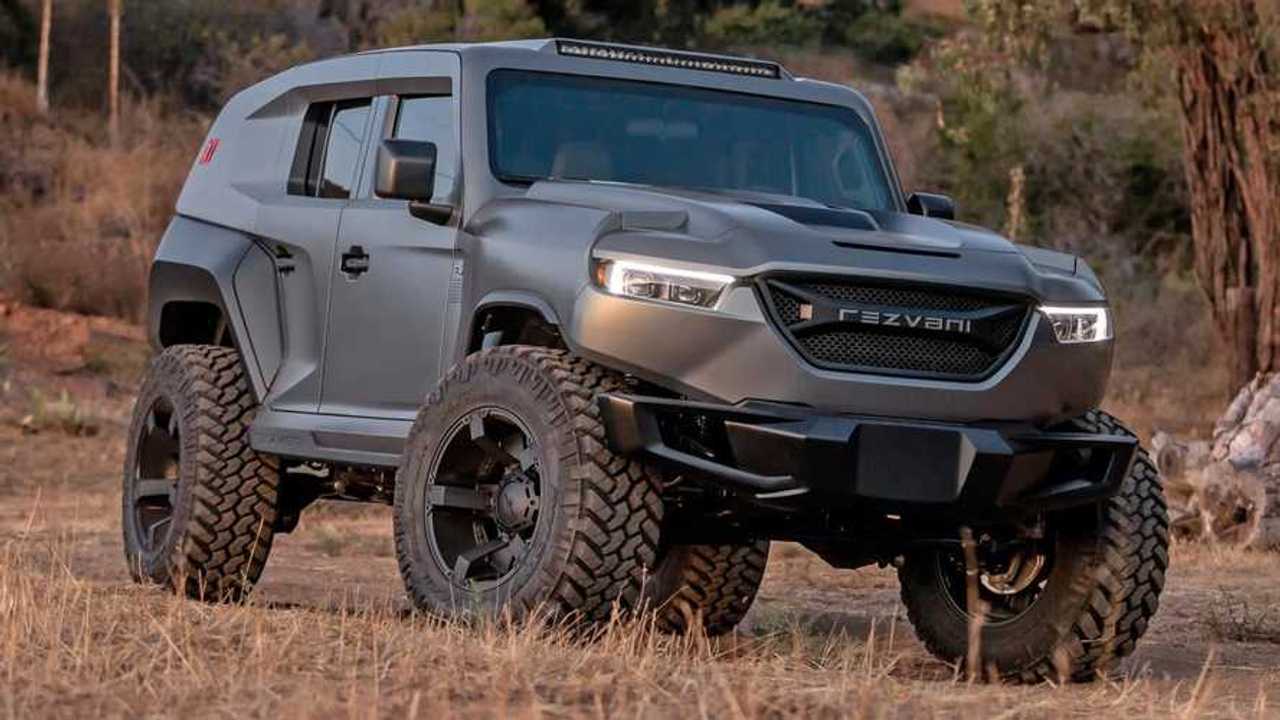 The crown jewel of the range is powered by the same supercharged 6.2-litre V8 engine you’ll find in the Dodge Demon, but further upgraded to deliver more than 1,000 bhp and 870 pound-feet of torque. With these impressive output numbers, Rezvani says the revamped Tank is now the “most powerful production SUV in the world.”

Styling-wise, the 2020 Rezvani Tank has gone through quite a few changes and probably the most noticeable one is the switch to front-hinged rear doors – now with proper handles. The over-the-top SUV has gained protection against electromagnetic pulses (EMP) for an extra $2,500 (£2,100), so in theory, it’s ready to face a nuclear war.

Rezvani Motors will begin customer deliveries to those who have pre-ordered the 2020 Tank in the weeks to come. New orders are also being taken, including for vehicles with right-hand drive.

Orange County, CA., – Rezvani today is proud to unveil its most extreme and capable model to date. Building on the success of TANK, the all new 2020 Rezvani TANK, a street-legal, Xtreme Utility Vehicle (XUV),  embodies many of the same characteristics found on its military predecessor.  Under the hood of the TANK X trim is a new powerful 6.2-liter Supercharged V8 found in the Dodge Demon, tuned further by Rezvani to deliver over 1,000 horsepower and 870 pound-feet of torque; making it the most powerful production SUV in the world. Rezvani TANK features a steel body-on-frame design, and an on-demand four-wheel-drive system standard on all trims.

Designed to be a daily driver, Tank was inspired by the look of some of the world's most recognizable military vehicles, but designed for civilian use. Its rugged exterior is highlighted by a chiseled fascia, a defined profile, and comes paired with capable world-class suspension system. Extensive development was done on the suspension of the all new TANK to make it one of the most planted and comfortable SUV's on the planet. "The focus of this generation’s Tank  was to be athletic in design and stance, have a refined sports car ride and suspension, have a luxurious interior, and surpass 1,000 horsepower all in a car that’s easily a daily driver", says CEO Ferris Rezvani.   The aggressive grille and sleek defined lines share similarities to the outgoing TANK model.  A roof-mounted LED light bar also gives drivers another added lighting element.

A  luxurious interior ensure driver and passenger feel like they are in a special vehicle. Many elements of the interior are customizable including seat style, stitching, and  color of the gauge cluster.  Tank features serious off-road capability with 37” tires, Fox racing suspension, Dynatrac axle set with air lockers and an air compressor, Dynatrac ProGrip front and rear brakes, front 1350 and rear 1410 driveshafts, and optional Fox racing 3.0 Internal Bypass Shocks with DSC. The cabin is defined by a hand-stitched Leather Package that provides comfort and compatibility for driver and passengers alike, with leather seats and a suede headliner.

The all new 2020 TANK starts at $155,000 with pre ordered deliveries beginning in the next few weeks. Production orders are being taken now. Electro-Magnetic Pulse Protection Explained Electro-Magnetic Pulses are radiated after a nuclear explosion and render electronic devices inoperable. EMP weapons are also used to disable electrical systems prior to a broader attack. Tested at a Department of Defense (DOD) approved testing facility, the EMP protection device is the worlds first electromagnetic pulse (EMP) protection technology for a vehicles entire electrical system. Proven to exceed military standards, the EMP shield is also one of the worlds fastest surge protection devices.

The EMP shield utilizes three incredible technologies and a patent pending advanced design to operate at incredible speeds while also being capable of protecting from over 40 EMP strikes with zero degradation. The first technology inside the device utilizes radioactively charged gasses and is capable of shedding initial strikes of electricity in five hundred trillionths of a second. The EMP Shield passes high electrical current to ground within billionths of a second and is engineered to protect the vehicle through multiple high level exposures to an EMP using our advanced load sharing technology.

The device is so robust, it is designed to protect against over 100,000 amps.  All electronics are protected within the vehicle in less than a billionth of a second. Continuously protecting until the excess charge is completely expelled from the vehicles electrical system, the device will protect against all three surges of an EMP. This includes the E3 surge which can last hours.