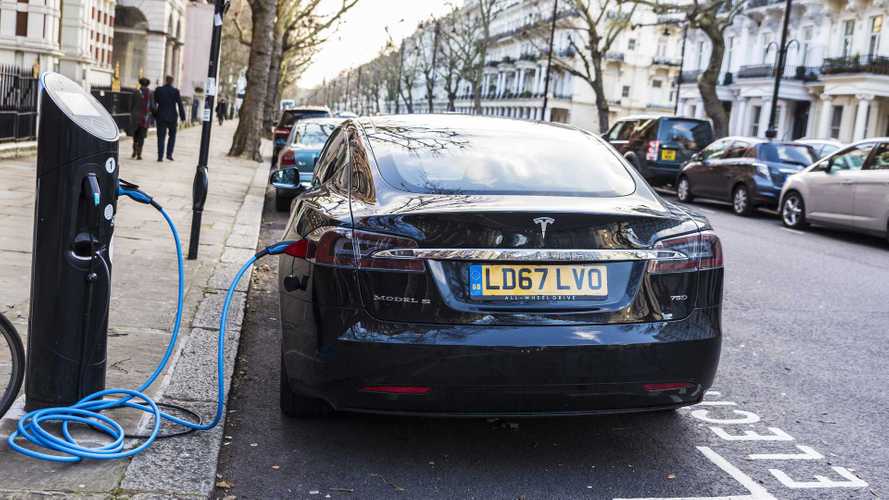 The government claims the money will pay for a further 1,000 charging points.

The government has doubled its investment in on-street electric car charging by promising another £2.5 million to fund charging stations.

According to the Department for Transport (DfT), the extra money will pay for a further 1,000 charging points positioned by the roadside. It follows the original investment in 2017, which was intended to help drivers into electric vehicle (EV) ownership even if they didn’t have a drive on which to charge such a car.

It’s hoped that the investment will encourage more people to take on an electric car in areas where there is less off-street parking, building on the already increasing popularity of these eco-friendly vehicles. According to data from the Society of Motor Manufacturers and Traders (SMMT), sales of electric vehicles during the first seven months of 2019 were up by 70 percent on the same period in 2018, but the zero-emission cars still make up a mere one percent of the UK’s new car market.

However, the government is hoping the scheme, which has already seen 16 local authorities prepared to install 1,200 charge points this year, will accelerate that demand. The government has already laid out its plans to ban the sale of conventional petrol- and diesel-powered cars by 2040, and it says it hopes to achieve “net zero emissions” by 2050, as well as improving air quality.

This strategy, dubbed Road to Zero, is funding the charge points as part of the £1.5 billion the government has promised to pump into the project. That money is also being used to fund a £37 million investment in UK engineering firms with plans to develop new kinds of charging infrastructure suited to an urban environment. Ideas include underground ‘pop-up’ charging points, as well as wireless charging and solar-powered “charging forecourts”.

Transport Secretary Grant Shapps said the UK had already made great progress in building infrastructure, but the government wanted to make life easier still for those making the transition to electric vehicles.

“That’s why we are now doubling the funding available for local authorities to continue building the infrastructure we need to supercharge the zero emission revolution – right across the country.”