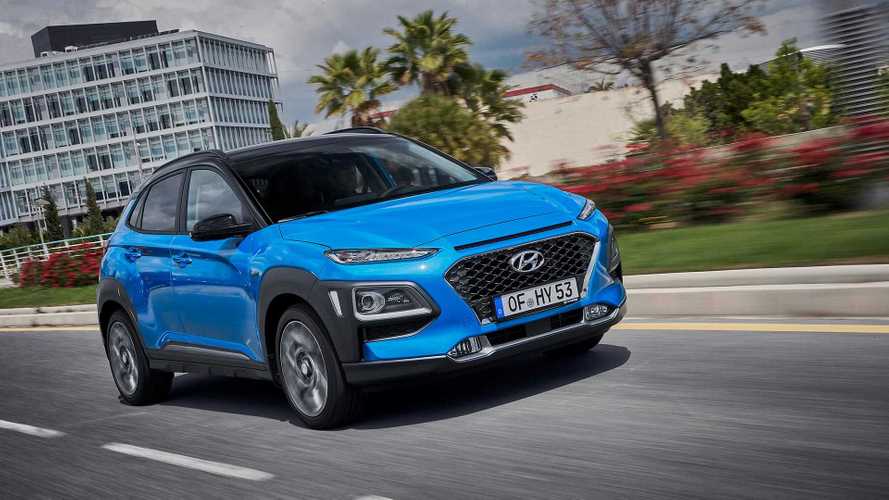 Eco-friendly version of the littlest Hyundai SUV won't be in showrooms until next month.

Hyundai’s new Kona Hybrid, which won’t arrive in dealerships until next month, is already available to order with prices starting at just under £22,500.

More on the Hyundai Kona SUV:

The eco-friendly small SUV will go on sale on September 30, nabbing the “full hybrid” powertrain from the Ioniq hatchback and adding some extra safety technology. That means the car gets a 1.6-litre petrol engine, combined with a 1.56kWh battery and 32kW motor to produce a combined output of 139 bhp. Sending that power through a six-speed automatic gearbox, the car is capable of 0-62 mph in around 11 seconds and a maximum economy of more than 50 mpg.

For your entry-level asking price of £22,495, you get the SE model, which gets climate control, a seven-inch touchscreen infotainment system and 16-inch alloy wheels that are bespoke to the hybrid. As with the standard SE variants, the Apple CarPlay and Android Auto smartphone connectivity software is included, alongside rear parking sensors and a reversing camera.

The Lane Keep Assist (LKA) and Driver Attention Alert (DAA) safety systems are also included in the price tag, although customers will have the option of spending more on extra gizmos. The SmartSense 1 safety pack incorporates Autonomous Emergency Braking (AEB) that can hit the anchors when it detects an impending collision with a pedestrian or cyclist, and Smart Cruise Control (SCC) that maintains a safe distance to the car in front - even in heavy stop-start traffic.

Moving up to the £24,295 Premium model, meanwhile, buys you the high-end Krell sound system, keyless entry with push-button ignition and automatic windscreen wipers. You also get tinted glass in the rear windows, wireless phone charging and front fog lights. Moreover, the Premium gets a bigger 10.25-inch touchscreen with satellite navigation and larger alloy wheels. However, the bigger alloys do impact the economy slightly. Where the 16-inch wheels enable up to 56.5 mpg, the 18s drop that to 52.3 mpg.

Like the SE, there’s a range of safety systems available in the optional SmartSense 2 safety pack, which comes with the same AEB and SCC systems as the SmartSense 1 pack, but adds a few extras. There’s Intelligent Speed Limit Warning (ISLW) system that displays the current speed limit to the driver, as well as Blind Spot Detection (BSD), which tells the driver when there’s something in the blind spots over their shoulders. Rear Cross Traffic Alert (RCTA) is included, too, alerting the driver to the presence of an oncoming vehicle when reversing out of parking spaces.

Finally, the range is crowned by the SE Premium model, which commands a £27,195 price tag. For that money, you get LED headlights, leather upholstery with white stitching and heated, ventilated and electrically operated front seats. You get a fighter-jet style head-up display, too, and AEB is a standard feature. 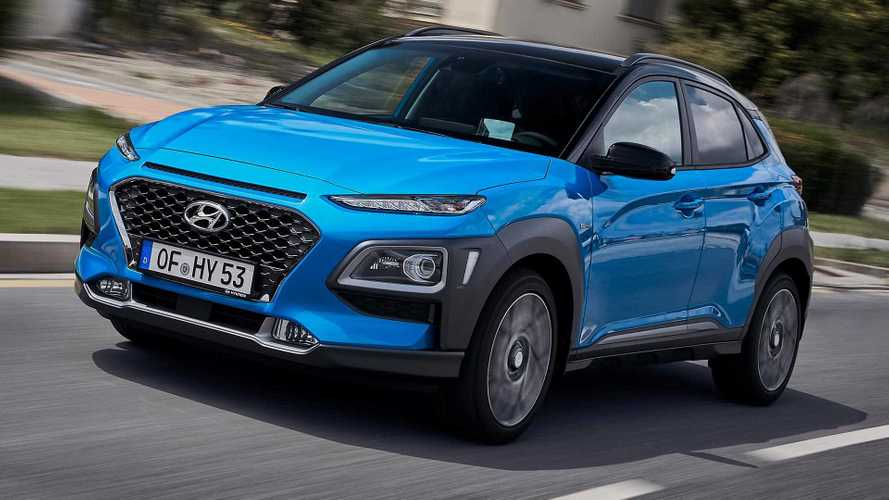 Hyundai Kona Explodes With No Apparent Reason In Canada
++Share