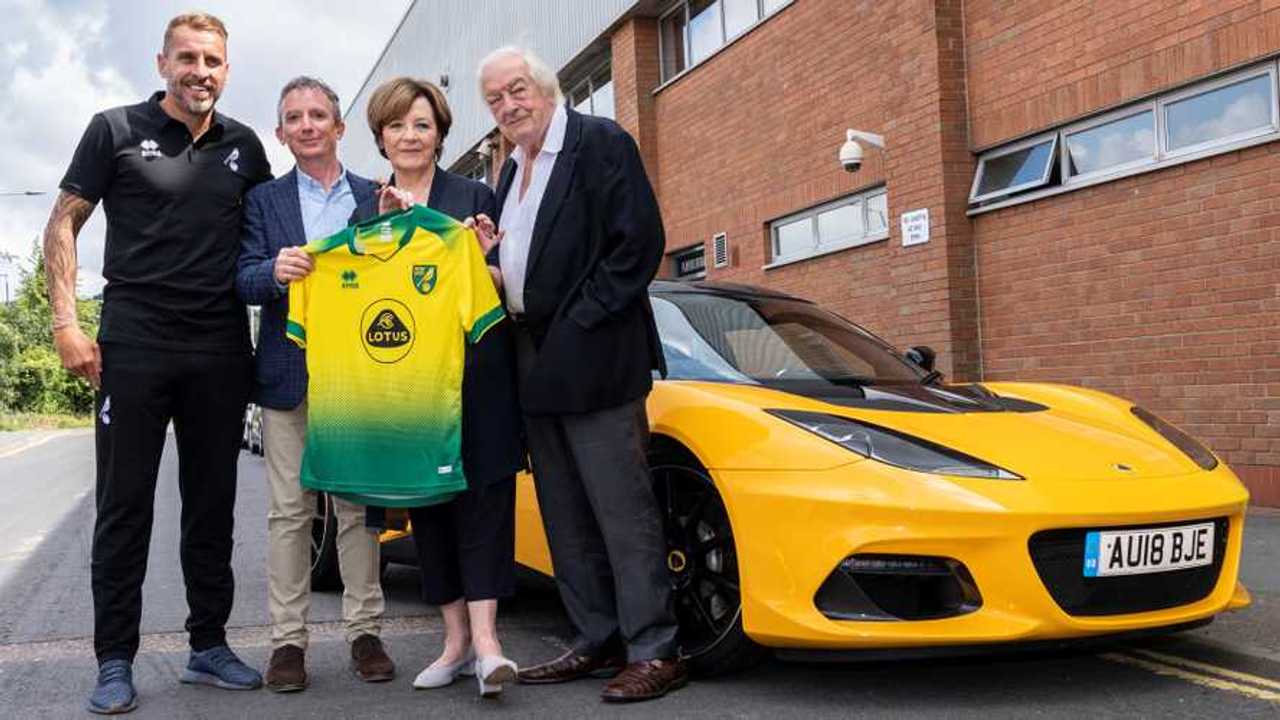 The Canaries' training ground is being renamed to honour the Norfolk-based car maker.

Lotus expansion could include opening a second UK factory

The deal sees the car maker’s name adorn its local top-flight club’s training ground, academy shirts and ‘walk out’ tracksuit tops, as well as advertising boards around the Carrow Road pitch. However, the first team’s shirts will continue to feature the Dafabet online betting firm as a main sponsor.

Where Lotus’ name appears around Norwich City’s camp, it will be amid the company’s new corporate branding, which features a more modern take on the traditional green-and-yellow logo. Simon Clare, Lotus’ executive director of global marketing, said the new badge was true to Lotus’ philosophy.

“We’ve looked back at the original Lotus roundel and thought about Colin Chapman’s philosophy – to simplify and add lightness,” he said. “We’ve applied that to create a new roundel, taking the weight out of the lettering and adapting the spacing. We’ve also straightened the word ‘Lotus’ so it’s consistent with the Lotus wordmark.”

The new badge is part of what Lotus calls its “major global transformation”, which was kicked off by the launch of the new Evija electric hypercar. Like other Lotus products, the high-tech, high-performance model will be built at the company’s Hethel home, just south of Norwich and less than seven miles south-west of Norwich City’s Carrow Road stadium.

However, it’s in Liverpool that Lotus’ new sponsorship deal will get its first Premier League airing. The club begins its 2019/20 Premier League campaign at Anfield, the home of Champions League holders Liverpool FC on Friday, August 9.

“Lotus is a brand born for and out of performance and competition, so this partnership is perfect for both parties,” said Clare. “Together Lotus and Norwich City Football Club share core values – commitment, passion, focus, hard work, a winning mindset – and the success that flows from them. This partnership joins two iconic Norfolk brands as they accelerate on to the global stage together. Both share a desire for innovation and, as we herald a new era together, we are incredibly excited about playing a part in the development of Norwich City Football Club and its talent. We are investing in that future.”

Meanwhile, Ben Kensell, the chief operating officer at Norwich City Football Club, said the deal would see the club partner with one of Britain’s most famous car brands.

“This is a momentous deal for us,” he said. “We’re so thrilled to partner with one of the most iconic and high-profile brands, not just in Norfolk, but across the UK and internationally. I’m proud that our resurgent Club is partnering with Lotus at a time when it is relaunching its brand into a new and exciting future. The synergies between our two businesses are striking, and for our academy players to be proudly wearing a shirt that has such a well-loved logo on is really special.”