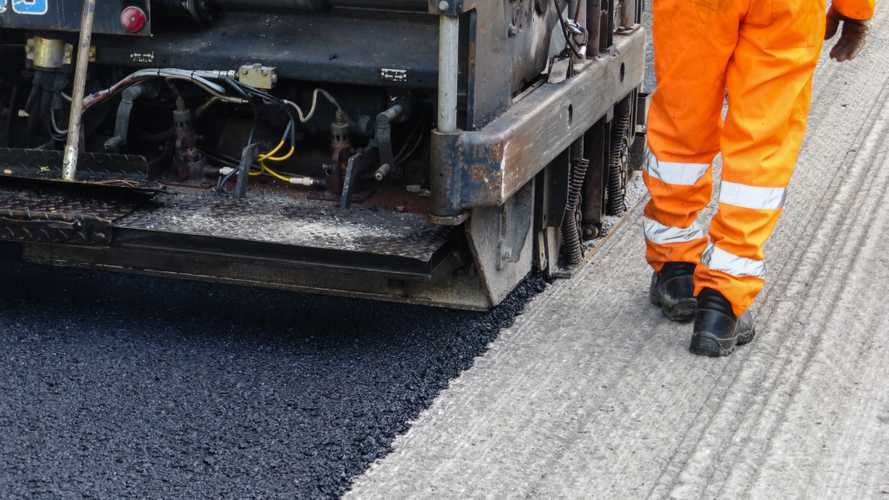 The new surface contains up to 750 old tyres per kilometre.

A section of the M1 has been re-laid with a new road surface made from recycled tyres in a bid to reduce rubber waste.

More on the UK's road surfaces:

The surface, which has been laid on the southbound carriageway of the motorway between junctions 23 and 22, near Leicester, uses an “environmentally sound” asphalt mix that includes rubber granules taken from old tyres. The company that developed the surface, Tarmac, says the asphalt could contain up to 750 recycled tyres per kilometre.

According to Highways England, the government-run company responsible for the country’s motorways and major A-roads, the recycled rubber road surfaces have “economic and environmental benefits”. The organisation says the UK produces around 40 million waste tyres every year, while an EU rule that bans tyres from landfill means the country exports more than half a million used tyres for landfill - often to countries in Asia and the Middle East.

This, Highways England claims, has led to the creation of a seven-million-tyre ‘graveyard’ in Kuwait that is so vast it’s visible from space. However, by recycling tyres for use in roads, the organisation hopes to reduce the number of old tyres exported from the UK.

However, before the road surfaces become commonplace, Highways England is evaluating the surface now laid on the M1. The organisation will monitor the surface to ensure it is durable enough to withstand the weight of traffic found on such a busy stretch of road, before considering the surface for use elsewhere.

Corporate group leader Martin Bolt, who oversees innovations projects for Highways England in the Midlands, said the surface had “potential”.

“Highways England is committed to investing in innovation to help us meet the economic, environmental and efficiency challenges we face in our changing world and also to delivering environment improvements as we strive to ensure our road network works more harmoniously with its surroundings,” he said. “This trial could well be the first step to rapidly reducing the number of tyres piling up in the UK and beyond. The economic and environmental potential of this new asphalt is significant and we are delighted to be working with Tarmac in this trial."

Paul Fleetham, the managing director of Tarmac, said used tyres had been “overlooked” as a raw material and the new surface could improve the eco credentials of British roads.

“Technical innovation has a key role to play in improving the environmental performance of our roads,” he said. “As a previously overlooked waste stream, used tyres offer a significant opportunity to unlock the benefits of a circular economy.

“There has been a very positive response to our rubberised asphalt since the first local authority trial was announced in May and we’re very pleased to be working with Highways England to explore its potential to support the sustainability of the strategic road network.”