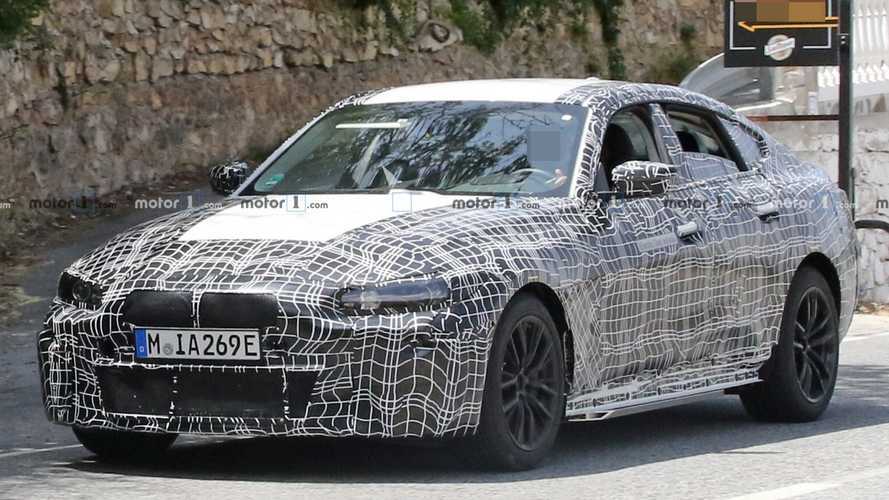 It may look almost ready for production but it won't come before 2021.

It was April this year when we last saw BMW testing the i4 all-electric saloon and the four-door vehicle is now back again in a new batch of spy photos. Unfortunately, these shots don’t provide a better look at the car but it’s always interesting to see what a manufacturer is doing while developing a new model for the market.

The only easily visible change compared to the previous spy photo sessions is the lack of winter tyres. The grippy Dunlop SP Winter Sport rubber from the winter testing phase is now gone and in place BMW puts a set of wider and quieter summer tyres, which probably have significantly lower rolling resistance.

Everything else seems to be unchanged, at least on the surface, which means the familiar shape is visible but not completely uncovered. It’s probably safe to say the i4 will look a lot like the current 4 Series Gran Coupe, at least in terms of the overall profile, but the nose and the roofline will obviously be different.

BMW’s highly adaptable CLAR platform will form the foundation of the all-electric saloon, thanks to its flexible design that allows the integration of petrol, diesel, plug-in hybrid, and all-electric powertrains. Reports from earlier this year suggest the production model will be available in two variants, with 60- or 80-kilowatt-hour battery packs.

BMW i4 spied looking sleek and showing off its cabin

BMW i4 EV arriving in 2021 to rival Tesla electric sedans

Also, AWD and RWD versions will be available, depending on the powertrain layout (one or two electric motors). The most powerful i4 should be able to hit 62 miles per hour in approximately four seconds. The range between two chargers will likely be below 300 miles (483 kilometers).

While this prototype looks close to the model’s final production design, the i4 is actually nowhere near ready. Preliminary details suggest we’ll see the car in full at the 2021 Frankfurt Motor Show and maybe a concept previewing it could arrive sometime next year.