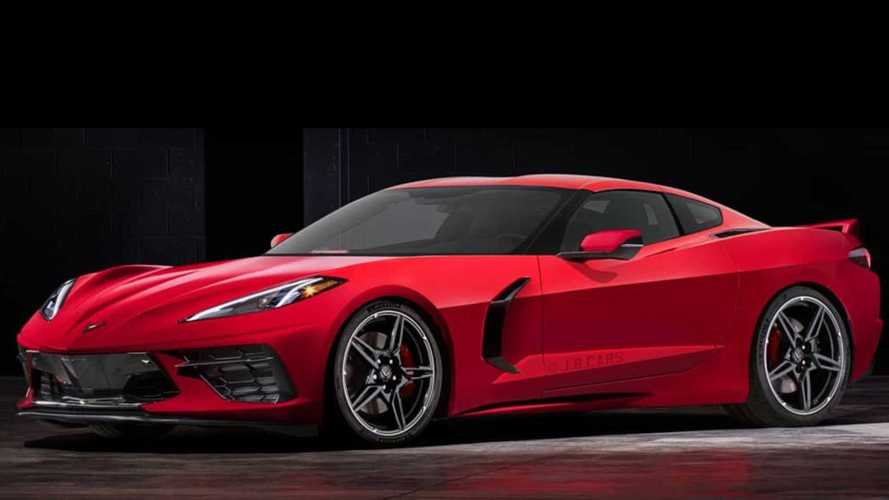 It sure looks a lot like C7, doesn't it?

For the most part, the 2020 Chevrolet Corvette launched with considerable praise. It’s hard to fault a 490-bhp, mid-engined V8 supercar you can buy for under $60,000 (approx. £48,000 at today's exchange rate). If anything, the ‘Vette’s styling is where the bulk of criticism lies. Depending on who you talk to, the C8 looks fantastic, or it looks like a 15-year-old Ferrari, or of particular interest to this post, looks nothing like a proper Corvette. To address that last point, we offer these renderings from j.b.cars on Instagram that recast the C8 as a Corvette with the engine in front.

Aside from shifting the C8’s side vents forward, the only real changes we spot here are a lengthening of the front and a shortening of the rear. And you know what? This car looks a lot like the outgoing C7 Corvette. The arched fender wings and edgy lines up front have a distinct ‘Vette flavour, and the rear also passes favourably as a Corvette-themed evolution.

The renderings are exceptionally well done, and they show that yes, the C8 has all kinds of Corvette DNA in spite of its new engine placement.

That said, we’ve also heard criticism that the C8 doesn’t do enough to incorporate retro cues from older models. There are still people upset that the C6 eliminated the pop-up headlights, which first appeared on the C2 Corvette in 1963. Others lament the disappearance of the ‘Vette’s round taillights, which adorned the backside of the car since the first C1 Corvette in 1953 through the C6’s demise in 2013. To Chevrolet’s credit, designers were trying to incorporate a split rear window into the C8’s shape like the one-year-only 1963 split-window coupe, but it just didn’t work out.

At the end of the day, a new car will always have detractors. That holds especially true when it’s something as iconic as the Corvette, and it’s all multiplied by a factor of a bazillion when it involves a significant platform shift. Should Chevrolet have kept the Corvette’s engine in the front? It’s a question many have asked, but now that we have some nice renderings to ponder how a front-engined C8 might look, perhaps it’s a subject worth revisiting.