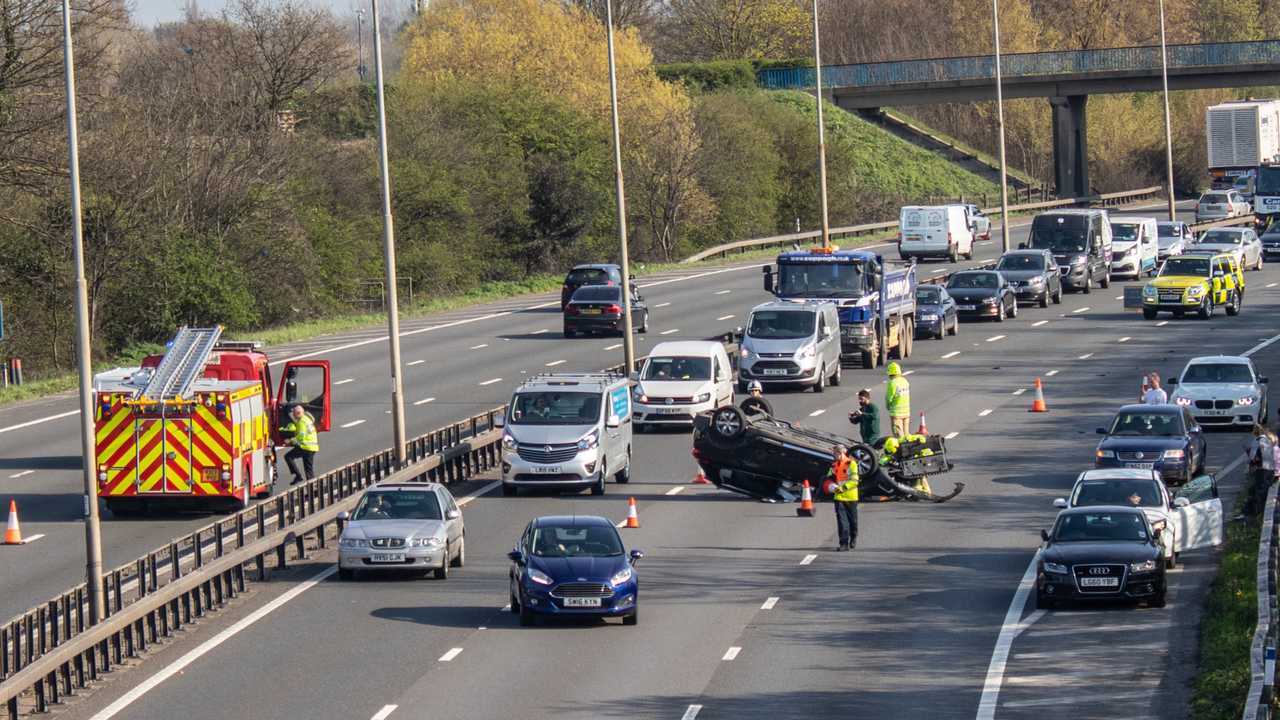 Sobering analysis of government figures has revealed that 24 vehicles crash into cars stopped on the hard shoulder every week on UK roads.

Analysis of government figures by roadside recovery company Green Flag showed that the three years from 2015 to 2017 saw 9,000 incidents involving a collision with a stationary vehicle. Of those, two-fifths (42 per cent) occurred on a motorway or a main road hard shoulder - leading to an average rate of around 3.5 crashes a day, or 24 per week.

Of even more concern is the fact that roughly a fifth (19 percent) of incidents involving a car stopped on the hard shoulder resulted in death or serious injury. That means an average of around five such incidents a week saw people killed or hospitalised during the three-year period.

Perhaps unsurprisingly, given its stop-start traffic, London proved to be the UK’s biggest hotspot for accidents involving stationary vehicles. In all, the capital accounted for around two-fifths (42 percent) of all such accidents between 2015 and 2017, with Wandsworth, Lambeth, Westminster and Brent proving to be the most likely scenes for this type of crash. Other hotspots for collisions included the West Midlands, West Yorkshire, Buckinghamshire, Berkshire and Oxfordshire.

The news comes ahead of the August Bank Holiday weekend, which Green Flag says is likely to herald a spike in accidents. According to the company, the last three years have seen 42,000 accidents take place during bank holiday weekends, or around 440 per day. The firm says drivers on arterial routes should be especially vigilant, as more than half of these accidents (52 percent) occur on main roads.

Green Flag’s Damon Jowett said the public should be alive to the dangers of travelling on motorways, and encouraged drivers to give cars stopped on the hard shoulder a wide berth whenever possible.

“At Green Flag, we want to ensure that drivers can enjoy their August bank holiday weekend by staying safe on the roads,” he said. “It’s important for people to be aware of the danger of driving on motorways, which are a hotspot for traffic incidents and resulting fatalities. Many accidents can be prevented. If there is a vehicle stopped on the hard shoulder, drivers need to slow down and move their vehicle over to the next lane if safe to do so. This simple manoeuvre not only helps protect the drivers and passengers in the stationary vehicle, but it also safeguards our roadside workers as they assist them.”