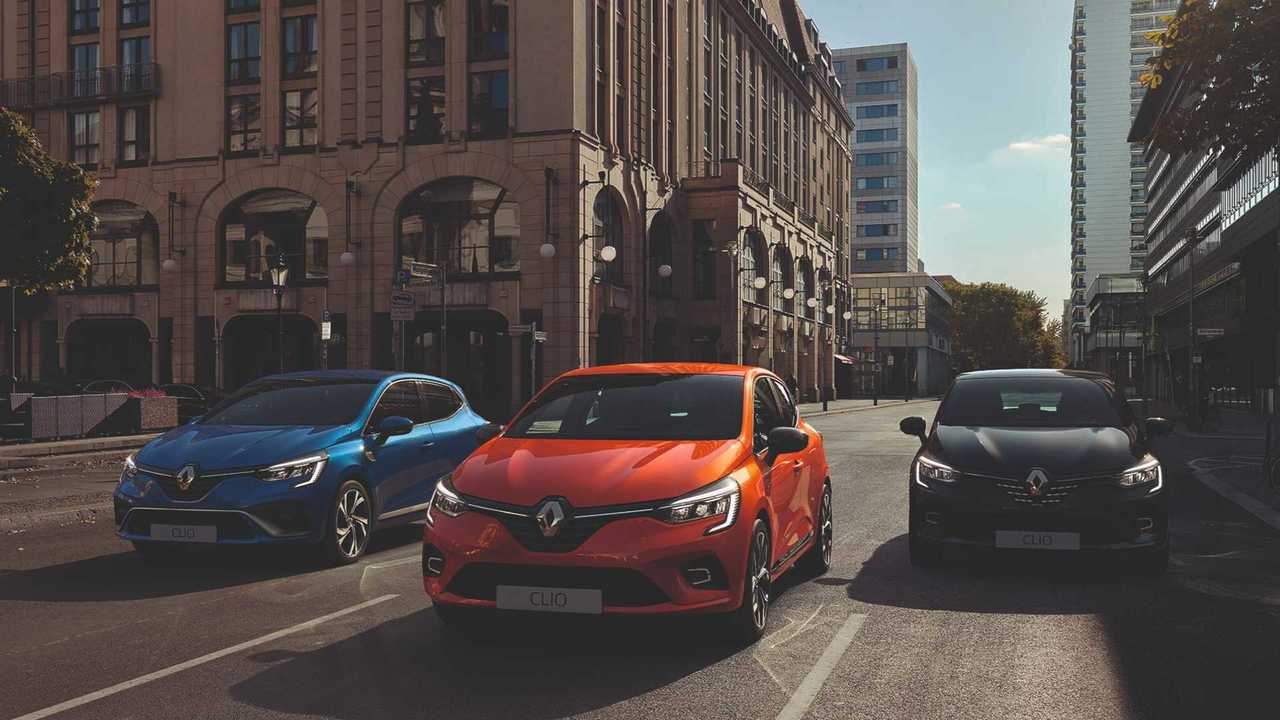 New supermini is more than £1,000 cheaper than the next-generation Vauxhall Corsa.

Renault’s new Clio supermini has gone on sale in the UK ahead of the first customer deliveries in late October.

More on the new Renault Clio:

Priced from £14,275, the Clio will be around £1,250 cheaper than the new entry-level Vauxhall Corsa, which went on sale last week. It will also be around £1,750 cheaper than its key rival - and the most popular car on the market - the Ford Fiesta. Yet despite keeping the price tag low, Renault has brought its little hatchback bang up-to-date with a new ‘mini-Megane’ exterior design and an all new interior, not to mention added technology.

For your £14,275 outlay, Renault is offering the base-spec Play model, which comes with air conditioning, LED headlights and cruise control, as well as a two-inch multimedia screen with digital radio and Bluetooth phone connectivity. Spend another £1,000, though, and you can have the Iconic version, which gets a seven-inch touchscreen infotainment system, keyless entry and a leather-trimmed steering wheel, plus rear parking sensors, 16-inch two-tone alloy wheels and tinted rear windows.

Climbing further still brings you to the S Edition, although the pricing for that model is yet to be decided. However, Renault has confirmed that this even more luxurious variant will benefit from a 9.3-inch central touchscreen, a digital instrument cluster and climate control. Automatic windscreen wipers and headlights will feature, too, alongside 17-inch alloy wheels and automatic climate control.

Topping the new Clio range, though, will be the RS Line model. Taking styling inspiration from the go-faster Renault Sport models, the variant will cost £17,795 and offers all the equipment of the S Edition, plus the RS Line interior and exterior styling, a rear-view camera and front parking sensors. A range of driver modes will be fitted as standard, too, giving drivers the ability to tune the car’s characteristics to their driving style.

At launch, three engines will be available to Clio customers, with owners getting the choice of two petrol engines or a diesel. The cheapest of these will be the TCe 100 petrol engine, which comes with a five-speed manual gearbox and serves up 99 bhp. From November, however, this engine will become available with a CVT automatic transmission.

The other petrol unit is the TCe 130 engine, which has already seen service in the Kadjar, Megane and Scenic. Offering 128 bhp and available solely with a seven-speed automatic gearbox, Renault says the engine offers “impressive performance and smoothness”.

For those covering more miles, though, the 1.5-litre Blue dCi 85 engine will be the power unit of choice. The 84 bhp engine comes bolted to a six-speed manual gearbox and majors on economy, offering 78.5 mpg.

Come October, those engines will be joined by a new entry-level powerplant. Dubbed the TCe 75, it’s a 74 bhp three-cylinder petrol engine that will form the new starting point of the Clio range. Then, in 2020, a hybrid model will arrive, combining a 1.6-litre petrol engine with two electric motors and a 1.2 kWh lithium-ion battery. The result, Renault claims, is a car that offers 40-percent better fuel economy than a conventional internal combustion engine during urban driving.