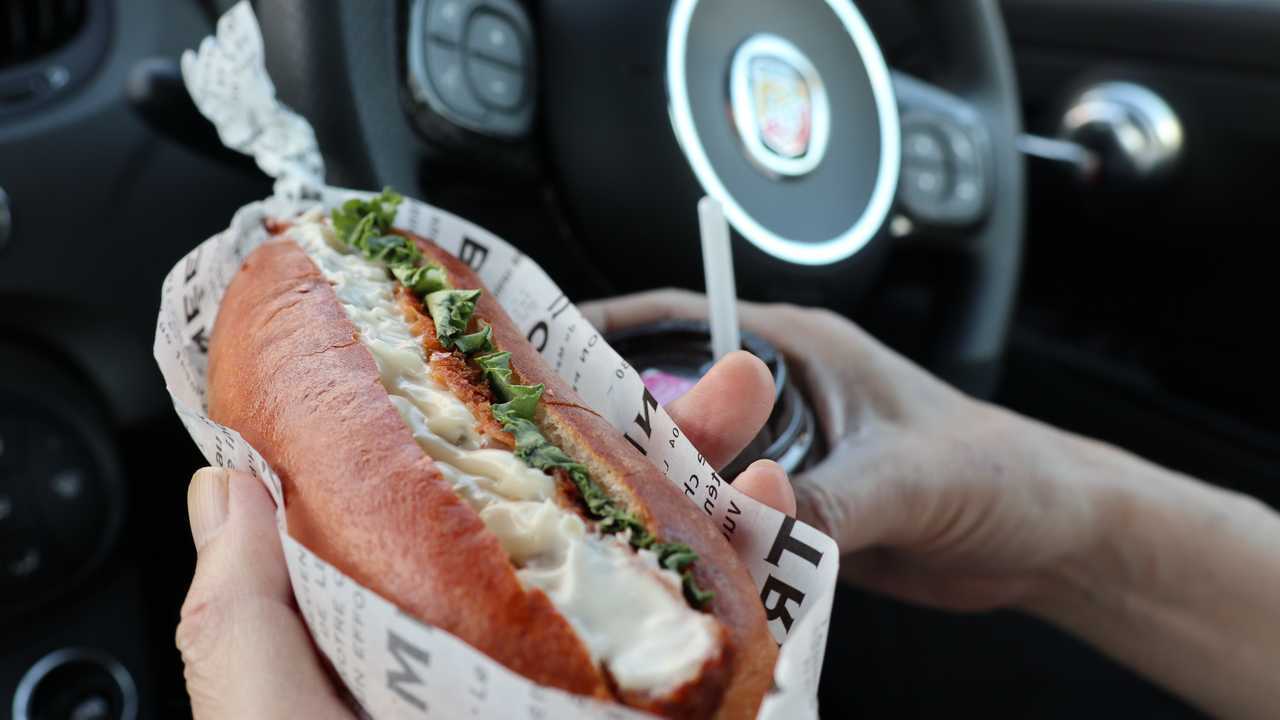 Almost two-thirds of Brits eat junk food on long car journeys, with the nation spending around 1.25 billion a year on snacks at motorway services.

More on eating and driving:

Christmas overeating could put drivers at risk of accidents

That's the conclusion of new research commissioned by Spanish car manufacturer Seat, which surveyed some 2,000 UK adults and found that 63 percent admitted digging in to fast food such as chips and burgers on long trips. More than half of respondents (56 percent), meanwhile, said they were more likely to eat less healthily in the car than when they were at home.

That’s despite the research also showing that three-quarters of Britons are discouraged from buying food at motorway services because of the high prices. However, Seat says they still buy themselves snacks and treats at the services because of the convenience. Overall, sweets are the most popular junk food, with more than a third of respondents digging into a bag of confectionery on long trips.

Even though three quarters of Brits are put off from purchasing food at motorway services due to cost, they admit they still buy snacks and treats due to convenience. Overall, sweets come out on top as Britain’s favourite snack when driving, with over a third a bag of confectionery while driving.

Younger drivers, which Seat calls 18-24-year-olds, were the most likely to eat when driving, with 36 percent snacking on a bag of crisps while behind the wheel. Similarly, a quarter of respondents in that age group claimed to have visited a fast food outlet on a long trip, too. However, the survey also found that young drivers are the most concerned by the calories and sugar content of so-called ‘on-the-go’ food.

Richard Harrison, the managing director of Seat’s UK operations, said the company wanted drivers to think about their choice of meals on long journeys.

“Most of us like a treat on long journeys but our research has revealed some worrying trends in our eating habits on the road,” he said. “As a nation, we are much more aware of the numerous detrimental effects of eating unhealthily but it’s not easy to break bad habits, especially as driving can be stressful and we are often in a hurry.

“Due to this, we’re encouraging drivers to think more about what they choose to eat when on the road, potentially boosting mood and concentration levels. Despite the availability of junk food, there is vastly more information available about healthy eating, and even service stations now offer many more nutritious options than just a few years ago.”