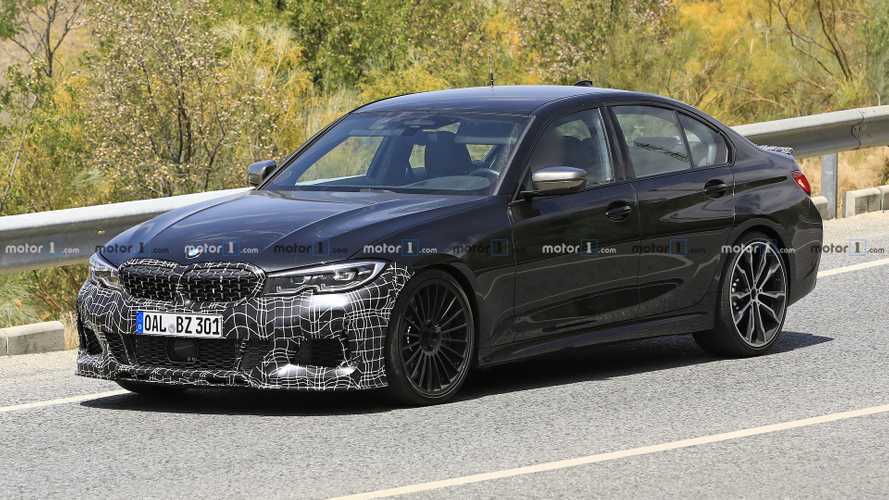 The last time we heard any news about the Alpina B3, the outgoing generation of the model got an update for the 2017 model year with more power in the form of the range-topping S trim. Now, more than two years later, the German automaker is starting to work on the successor of the performance saloon and these are the first spy photos of it. Say hello to the new B3 that’s based on the BMW 3 Series G20.

This prototype has a very little camouflage and some of you might question the fact that this is an Alpina and not a BMW. However, the OAL registration plate and the quad exhaust pipes at the back indicate this is a test car from the Bochloe-based automaker. Modifications to the bumpers and different sets of wheels at the two axles also tell us this car comes from Alpina.

Just like the outgoing model, the new B3 will come as both a saloon and a estate, with the latter being Alpina’s answer to BMW fans asking for a performance estate from the brand. Most likely, customers will be able to choose from diesel and petrol versions, both achieving a 0 to 62 miles per hour acceleration in four to five seconds.

The diesel-powered model will receive a version of the engine that’s used in the XD3 and XD4 with a power output of about 388 bhp. The petrol version will have a 3.0-litre twin-turbo unit goof for something in the region of 450 bhp, which will put it almost on par with the output of the next-generation BMW M3. An all-wheel drive mated to an automatic transmission will be standard for both models.

Look for the debut of the new Alpina B3/D3 duo sometime next year.