No one was injured in the incident.

Drivers on a business-lined road in Parkland, Washington were met with a surprise yesterday when a single-prop aeroplane had to make an emergency landing. The entire incident was caught on a police dashcam, and, while no one was injured in the incident, it’s still a dramatic video to watch considering all the things that could have gone wrong. 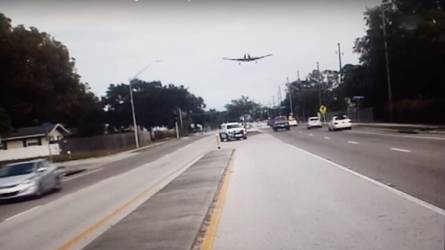 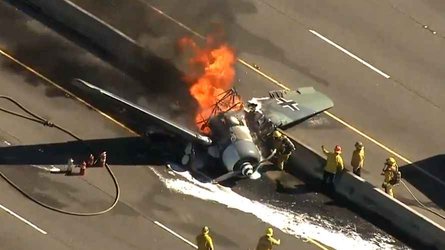 It’s not a soft landing either. The plane hits hard, one wing tilting skyward from the bounce as the pilot brings it under control. It veers toward the left side of the road and a parked car before the pilot can straighten it. The plane comes to a stop at an intersection in the left-hand turn lane with the cruiser pulling up behind it – the plane caught a red light. You can then see the officer walk over to the plane and knock on the fuselage before the canopy opens and the pilot climbs out. The two then push the plane into a parking lot.

According to the Associated Press, the single-prop KR2 airplane suffered a fuel system malfunction, which caused the plane to stall that prompted the emergency landing. Thankfully, the pilot was able to land when there was a break in the traffic. If the pilot had to land at a busier section of road, or if the intersection he stopped at wasn’t red, things could have been much, much worse.