2,460 kilograms – that’s how much the BMW X7 weighs in this M50d specification. It’s no sports car, but the attached video shows it’s quite competent on a long stretch of a perfect road once you floor it. The diesel flagship version of the fullsize luxury SUV travelled to the Autobahn in Germany, specifically on one of the remaining unrestricted sections of the famous motorway. The folks over at YouTube channel AutoTopNL are known for taking cars there to test their acceleration and speed capabilities, and their latest subject was Bavaria’s diesel monster.

An inline-six 3.0-litre diesel with four turbochargers is at the heart of the X7 M50d, complete with 394 bhp and an astounding 560 pound-feet of torque. It’s an engine introduced a little over three years ago, but we already know it won’t be renewed as BMW claims it’s too complicated and expensive to update in order to meet more stringent emissions regulations.

More about BMW's bIggest SUV ever: 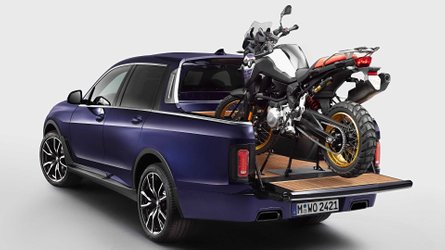 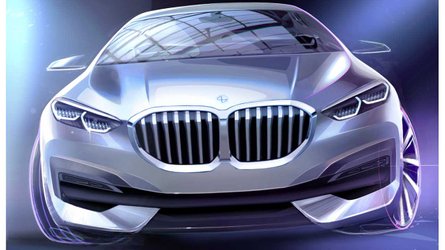 BMW: X7 M has better business case than an M1

Looking at the official specs sheet, BMW says the X7 M50d does the 0 to 62 mph run in 5.4 seconds, which is a little bit quicker than the 5.58 seconds needed by the driver who had the opportunity to put the luxobarge through its paces. The behemoth showed its diesel engine limitations in the sprint from 62 mph to 124 mph, which took 17.7 seconds. In other words, the SUV needed 23.28 seconds from a standstill to 124 mph and provided a decent soundtrack even though it was running on Devil’s fuel.

It eventually got up to 162 mph or slightly more than the 155 mph top speed quoted by BMW, but we all know modern speedometers are showing a slightly higher speed than the real one.

BMW’s X7 M50d is not the only big luxury SUV with a sizeable diesel engine as the Volkswagen Group has an even larger 4.0-litre V8 that has both more horsepower and torque – 429 bhp and 664 lb-ft. The TDI unit is available in models such as the Audi SQ7 and SQ8, Bentley Bentayga Diesel, and the Touareg a.k.a. VW’s last eight-cylinder diesel car.

A diesel engine in the aftermath of the costly VAG scandal might seem like a bad idea, but there’s still a market big enough to justify it, especially in Europe. BMW through the voice of its Group Chief Technical Officer, Klaus Froelich, estimates diesel engines will stick around for at least another 20 years from now. For large and heavy vehicles such as this X7, a diesel engine still makes sense thanks to its low-end torque, but electrification will gradually replace the once hugely popular diesel.