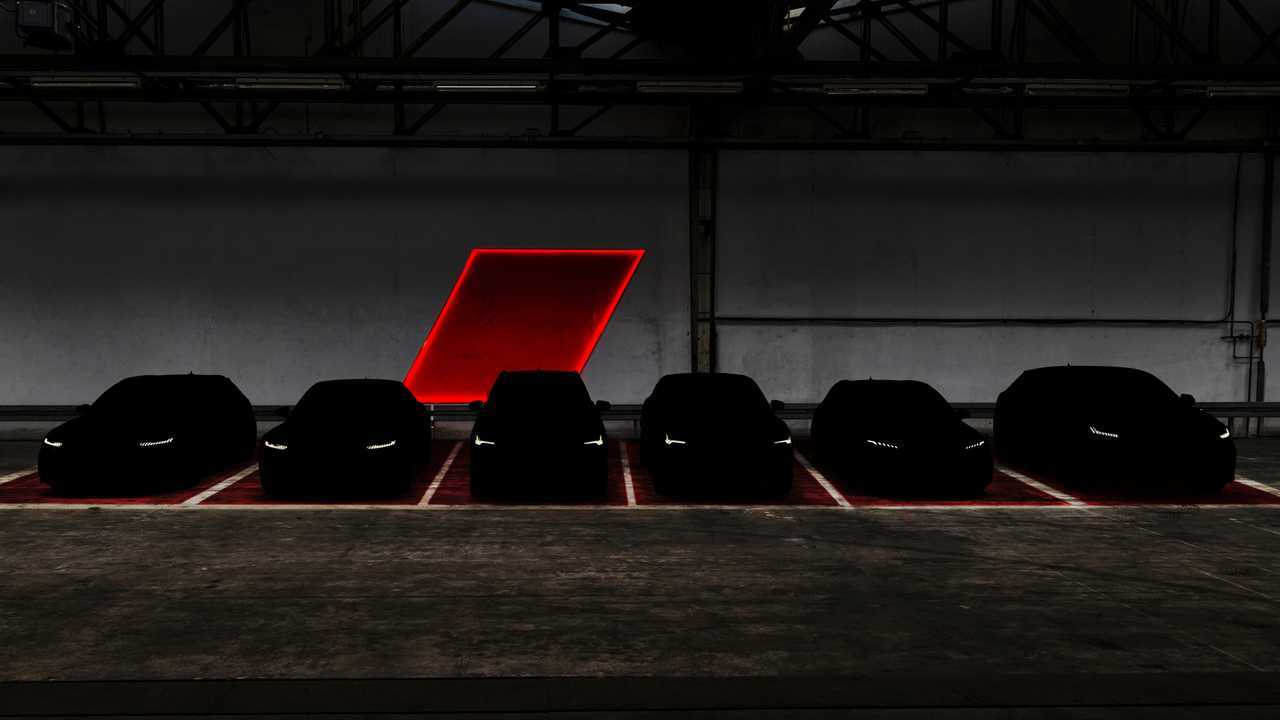 Two of them are new additions to the range.

Audi Sport has had a busy year so far what with all those newly launched S models, but the best is yet to come as Ingolstadt’s go-faster division will introduce a total of six RS cars until the end of 2019. The shadowy teaser image previews all of them, and it’s really not all that hard to identify the cars we’ll see in the months to come with the signature dual oval exhausts.

Based on the countless spy shots we’ve published in recent months, the RS Q3 Sportback is resting in that parking lot together with its less swoopy sibling. That’s 2. Both will share the glorious inline-five 2.5-litre turbocharged petrol engine with somewhere in the region of 400 horsepower.

Considering the RS7 Sportback was spied for the first time way back in November 2017, logic tells us the Mercedes-AMG GT 4-Door Coupe will be revealed soon to go after the BMW M8 Gran Coupe as well. That’s 3. Power should come from a twin-turbo 4.0-litre V8 with 600 horses, although we’ve been hearing rumours of a beefier hybrid model with close to 700 hp.

Our personal favourite, the RS6 Avant, was seen out testing a long time ago as we caught a prototype in June 2018. More than a year later, we have a feeling Audi Sport is ready to introduce its super estate to compete with the Mercedes-AMG E63  / E63 S Estate. That’s 4. It should have the same powertrain as the aforementioned RS7.

The flagship performance SUV to carry the Four Rings will undoubtedly be the RS Q8, which not only has been spied more than a few times, but it has also been previewed by Audi through the Q8 Sport concept exhibited in March 2017 at the Geneva Motor Show. That’s 5. We won’t be too surprised if it will have just about the same powertrain as the RS6 and RS7.

As far as the sixth car is concerned, it might be the RS4 Avant facelift seeing as how the lesser members of the A4 range have all received a mid-cycle refresh this year. It would make sense for Audi to bring the speedy estate in line with the A4 and S4 Avants by implementing the same – and rather significant – updates. We’re not necessarily expecting more power, so the twin-turbo 2.9-litre V6 could develop the same 444 bhp.

With the Frankfurt Motor Show a little over a month away, chances are we shall see some of these new RS models up on display at IAA. Audi might decide to save a few for North America by hosting premieres at the Los Angeles Auto Show in the second half of November.