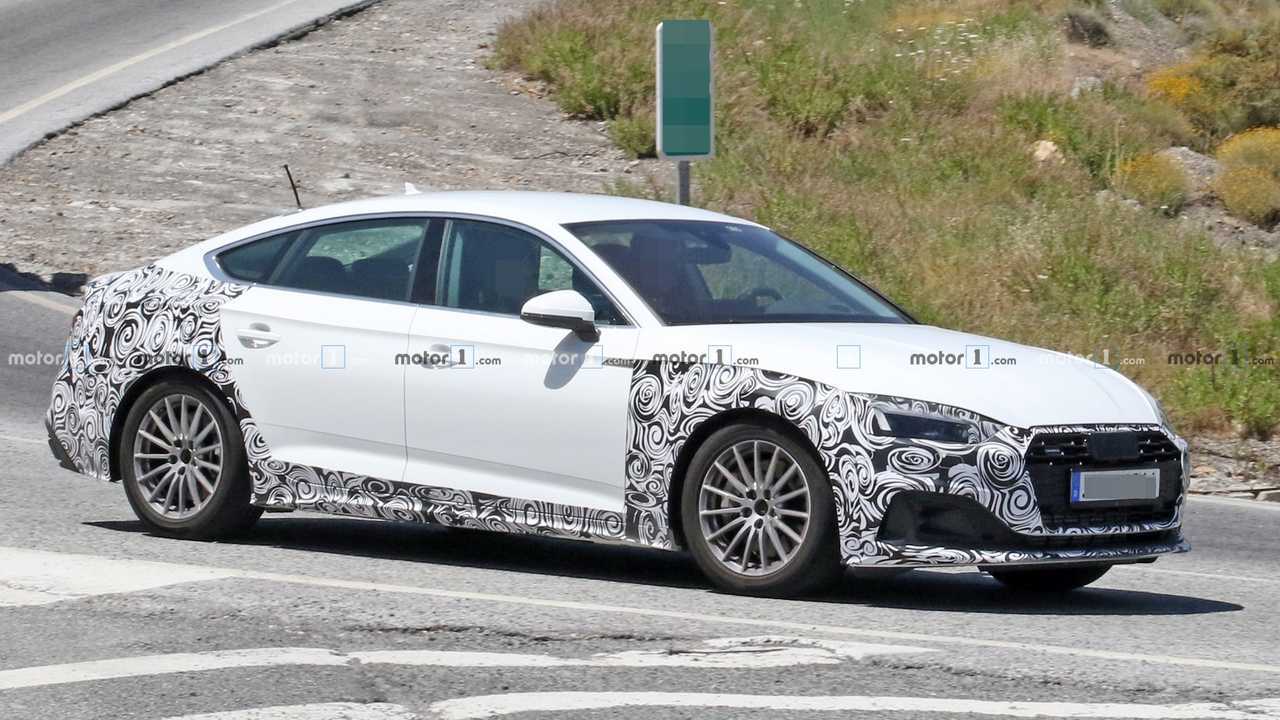 It's really not that hard to figure out what's hiding underneath the camouflage.

With Audi’s lineup being this vast, it feels like a facelift or a next-gen debut is always around the corner. The A4 lineup was recently given a comprehensive revision, so it’s only a matter of time before the fancier A5 models will be revealed with roughly the same updates inside and out. Audi went to the trouble of camouflaging this A5 Sportback prototype, but we all know what’s hiding underneath the disguise by simply checking out the “normal” A4.

Although there’s mascara on the body, we can already notice the fresh graphics of the headlights and taillights, which are obviously similar to what the A4 models have received for the mid-cycle refresh. This particular car could use a larger set of wheels, but I guess that doesn’t really matter at this point since it’s only a prototype.

Notice anything different at the back? Those angular exhaust tips are new to the A5 family, much like they are on the equivalent A4 models. They do a good job at making the midsize liftback from Audi more imposing and perhaps a bit sportier as well. At the front, the corporate singleframe grille has a new pattern inherited from the A4 from which we’re expecting the Sportback to inherit the so-called “Quattro nostrils” that made a return with the new A1.

While our spies were not able to take a peek inside the cabin, in some of the images we can clearly see the tablet stuck onto the dashboard is still there. It’s not all that surprising seeing as how the facelifted A4 has not gained the secondary touchscreen you get on an A6, A7 or A8, but these two smaller cars will feature an enlarged MMI display measuring 10.1 inches. With the upcoming refresh, the A5 Sportback will lose the rotary/push button control on the centre tunnel console to make way for probably an extra storage space as seen on the A4 models.

It’s unclear when the updated A5 lineup will be out, although chances are the coupe will be out by year’s end or early 2020, with the other body styles to follow shortly.