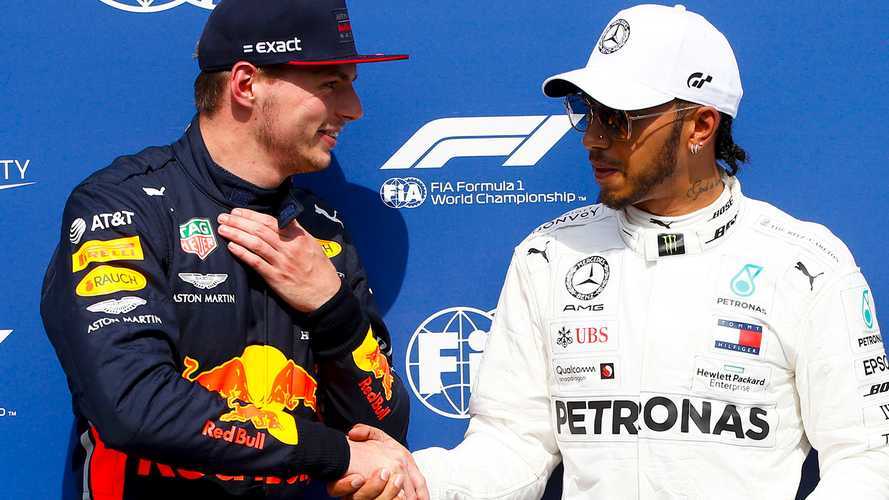 Formula 1 championship leader Lewis Hamilton believes it could be beneficial "in some ways" to have Max Verstappen join Mercedes, as it would allow him to prove he can take on Verstappen in equal machinery.

Verstappen, who has won seven races since joining Red Bull’s main F1 team in 2016, has an existing deal with the energy drinks giant that runs through 2020.

However, it is understood there are performance clauses that could allow for the contract to be terminated early, which has led to speculation that Verstappen is an outside contender to replace Valtteri Bottas at Mercedes when the Finn’s current deal runs out at the end of the season.

And while Hamilton has made it clear that he would be glad to see Bottas retain the seat, having enjoyed a harmonious relationship with the Finn since Bottas' arrival in 2017, the reigning champion said he would not be averse to partnering Verstappen.

“I’d honestly have no problem with it. As I said before, I like working with Valtteri and I don’t know how that [Hamilton/Verstappen] dynamic would work for the team,” Hamilton said when asked about the possibility ahead of the Hungarian Grand Prix.

“I’m not saying it would or would not - I see positives and potential negatives. Obviously there are always positives and negatives to people that you’re working with, but I have no particular opinion towards it.

“In some ways it works out for me. At the moment I see stories that it’s because we have different cars and that’s the only way [I beat him] but this gives me the opportunity to show you that’s not the case.”

Verstappen’s stellar performances in 2019 have left him positioned as F1’s in-form driver, but when asked about claims that he was now stronger than Hamilton, the Dutchman said: “I don’t say any of those things. And I also don’t care. What is the most important for me is that I perform on track.”

The Red Bull man is now 63 points behind Hamilton following his second win of the season in Germany, but has reiterated his belief that the victory hasn’t changed the outlook of the title fight.

“With Mercedes having had such a dominant start to this season I think it is really hard to catch them,” Verstappen said. “We are going to try, but I am not thinking about the championship.”

Hamilton, for his part, said “time will tell” if Verstappen could still mount a title challenge this year.

“But nevertheless I think we've got to continue just to focus on ourselves, not be distracted by focusing on others. I think they'll be probably quick here [in Hungary], and there'll be places like Singapore where they'll probably be strong - but they are in general, collectively, slowly catching up.

“It's easier, I would say, to catch up than it is always to stay ahead, to be the leader, in many different aspects, but I think yeah, it's great to see them progressing. We want the competition.”