It's certainly more powerful, but is it better?

We’ve had some time to get accustomed to the new Mercedes-AMG A45, and there’s no denying it’s a terrifically capable hot hatchback. However, with a price tag north of £50,000, it’s not exactly cheap and that begs a question. Is the previous-generation A45 still competitive enough to make it a better buy? The carwow team across the channel sourced out a used A45 for a proper new-versus-old comparison. Sort of, anyway. 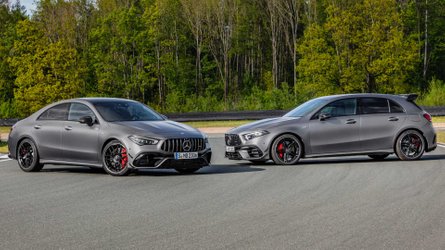 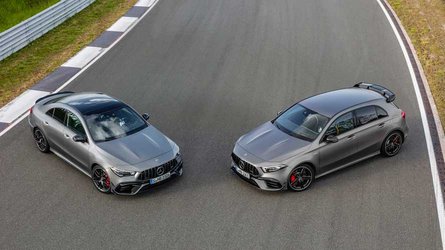 Let’s get the disclaimer out of the way first. This feature matches a previous-generation A45 against a new Mercedes-AMG A45 S, which admittedly isn’t a straight apples-to-apples comparison. Ideally, a standard A45 would be a better match, but the S-trimmed variant is apparently the only one available to UK buyers.

Gallery: Mercedes-AMG A45 old vs new

For now, here’s what you need to know. The cars are relatively comparable by the numbers, with the third-gen A45 developing 376 bhp from its boosted 2.0-litre four-cylinder. Power goes to all four wheels through a seven-speed DCT, and a big set of disc brakes bring all that power to rest. The new A45 S also has a 2.0-litre turbo and all-wheel drive, but the engine makes 416 bhp and it also has more peak torque. There’s an extra cog in its eight-speed DCT, and while the brakes are the same size, the new A45 S has beefier six-piston calipers.

It’s comparable, but as you probably expect, it’s enough to give the new A45 S a clear performance advantage. According to carwow’s testing equipment, it’s nearly a full second quicker to 60 mph and it pulls up shorter as well. Numbers aside, the new car has a better powerband that isn’t quite as peaky, though we must say the old car had a more rousing soundtrack.

Is that enough to warrant ditching the old A45 for a new one? See what carwow thinks on that and spot other notable differences by catching carwow's video at the top of the page.