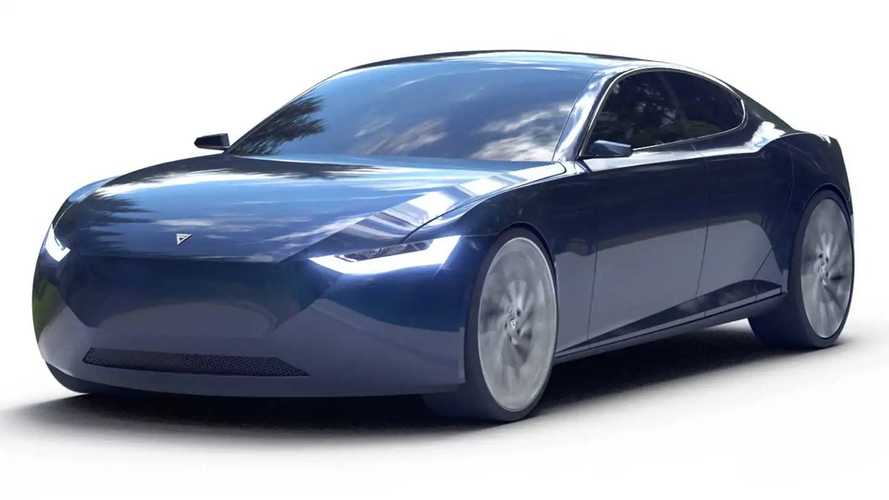 The company expects to present the electric saloon by 2021.

Norway is the country that loves EVs the most so far. Not in terms of volumes, which are relatively low, but in what relates to market share. Norway also never spawned a major automaker, but that may change soon if Fresco Motors manages to manifest its vision for a Norway-built electric saloon. You’ll know it as Fresco Reverie.

“Our name comes mainly from the social engineer Jacque Fresco. We also took into consideration that it means fresh, cool and new,” Espen Kvalvik, CEO at Fresco Motors, told InsideEVs.

Nobe 100 EV is literally climbing the walls for support

We are not sure why a Norwegian car has a French name that means “fantasy” or “daydream.” Jacque Fresco, for the record, was not French, but American. He was a futurist and liked to call himself a social engineer, as Kvalvik describes him.

He was the mentor of "The Venus Project," but is probably more known for its interviews for “The Zeitgeist Movement”. In short, Fresco wanted to establish a better world, with sustainable cities and what he called a resource-based economy, in which all goods would be declared as human property and would be made available to everyone.

Needless to say, money would not be necessary for such a society. On the other hand, it will surely be a need at Fresco Motors, which is already taking reservations for its sedan, which it expects to start delivering by 2021.

The company declined to say if it already has a prototype. All images of the vehicle to date are computer-generated, something that may lead people to think we are in front of vaporware, but Kvalvik is willing to accept that risk.

“We discussed this very issue a few days ago, but the thing is that there is so much going on here at Fresco right now. So it's not too premature. We want to get the word out there.”

“It results in reduced service time. If a module is damaged, you do not have to replace an entire battery of approximately 500 kg. There is a lot of confidential information you are looking for, but I can say that our battery works kind of like a drawer. Plug and play,” said Kvalvik.

The company also intends to offer a portable battery, just like combustion-engined cars can count on jerrycans, but there is no information on how it plans to do so.

Contrary to what some may expect, being an EV manufacturer in a country that loves EVs may be more of a hindrance than an incentive. After all, Fresco will face well-established EVs and EV makers – such as Tesla and Nissan – and big promises, such as the upcoming VW ID.3. Why would Norwegians buy Norwegian, in this case?

“Looking at the statistics, our target group prefers to buy from Norwegian companies. They just haven't had the opportunity to do it in recent years when it comes to cars. We have, for example, more than 70 Norwegians who have reserved the car, and this without being a known company,” said Fresco’s CEO. And without presenting a car, we must add.

Kvalvik declined to establish prices or even specific competitors for the Reverie. “The competitors we choose to prioritise in Norway are Nissan with Leaf, Volkswagen with e-Golf, BMW with i3, Tesla with Model S, Kia with Soul Electric and Tesla with Model X, which is due to the fact that they were the six most popular electric cars in Norway in 2018. Of course, we also take the Tesla Model 3 into consideration as well.”

In short, it will basically compete with every other EV on the Norwegian market.

On the other hand, its dimensions and body give us the idea it will aim straight at the Model 3. Despite a 13 cm shorter wheelbase, it is 12 cm longer than Tesla’s smaller saloon and 9 cm shorter than the Model S. Pretty risky business, if you ask us.

When we remember Tesla’s Master Plan Part 1, it consisted basically of baby steps that depended on the success of a car – with no competitors at all – to make money and build the next one. And the whole company in consequence. First the Roadster, then the Model S.

It worked with the Roadster because there was no other electric sports car in the market that was so fun and so convincing in terms of range. With the Model S – the Ultimate Car of The Year for Motor Trend – it also worked because it was the first of its kind.

The Reverie will be basically launched against the most successful electric car in history. It will either have to be much cheaper or much better than the Model 3 to make high sales volumes.

Perhaps this is not what Fresco Motors has in mind, but we will have to wait to see exactly what are their plans and how they intend to turn them into reality. We already have some of its goals and promises, but it takes more than that to really create expectations. We hope the company is able to do it. Many before it did not get there.