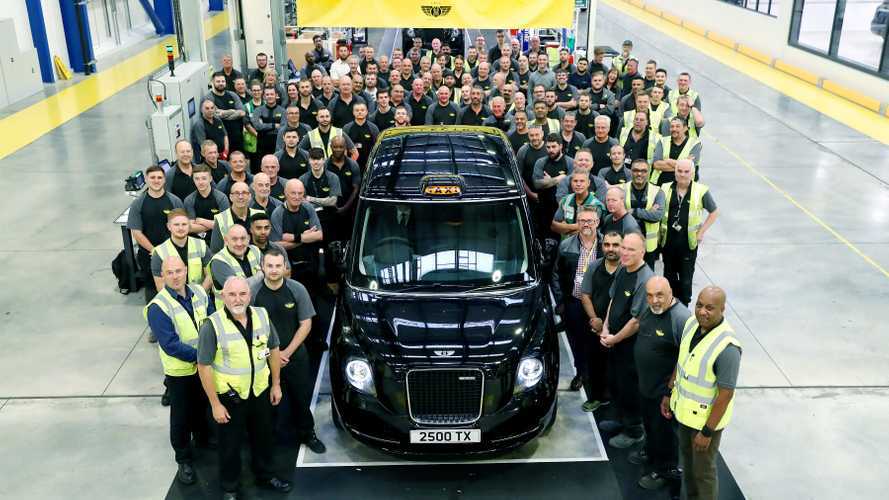 To celebrate the milestone the Geely-owned company took the 2,500th TX Taxi to roll off the production line near Coventry to Trafalgar Square in London.

The government s keen for more to buy electric taxis

"On behalf of all who work for LEVC, from our new factory in Ansty to our long-standing base in Brewery Road and our dealers in the UK and Europe, I am extremely proud of this momentous achievement," said Joerg Hofmann, CEO of LEVC. "When this project began in 2014, we set out to make the world’s most advanced taxi, to distil over 70 years of cab-building knowledge into an all-new leader in urban zero emissions mobility. The endorsement from drivers is compelling while passengers love TX’s comfort, space and connectivity features."

"We are proud to be supporting the city of London in its efforts to improve air quality – and doing the same across the UK. In the very near future we will be further driving TX sales in Europe and expanding our range with a new LCV. Our goal is to be the leading European green commercial mobility solution provider."

The popular taxi has already done it's big to combat climate change, preventing 6,800 tonnes of CO2 from entering the atmosphere – the same as 1,500 return flights from London to Sydney – and they’ve reduced NOx emissions, the major contributor to poor urban air quality, by 99.5 per cent over traditional black cabs.

The new cabs have already covered a combined distance of 21 million miles – the equivalent of driving around the world 845 times, or 45 trips to the Moon and back – and have prevented 850,000 litres of fuel from being pumped. Not using that fuel has also saved drivers a combined total of nearly £4 million – around £100 a week.

In terms of passengers, 13 million people have already ridden in the back of the TX Taxi, and since January 2018 those passengers have used a 45 million gigabytes of data thanks to TX’s onboard WiFi.

It's not just London where the new taxi is available either, although the capital does have most of them – a massive 2,000 out of the 2,500. They're also available across the UK, including in Birmingham, Coventry, Manchester, Glasgow and Edinburgh. It has also been a hit abroad as well, with sales in Norway, the Netherlands, Germany, Sweden, Hong Kong and Malaysia.