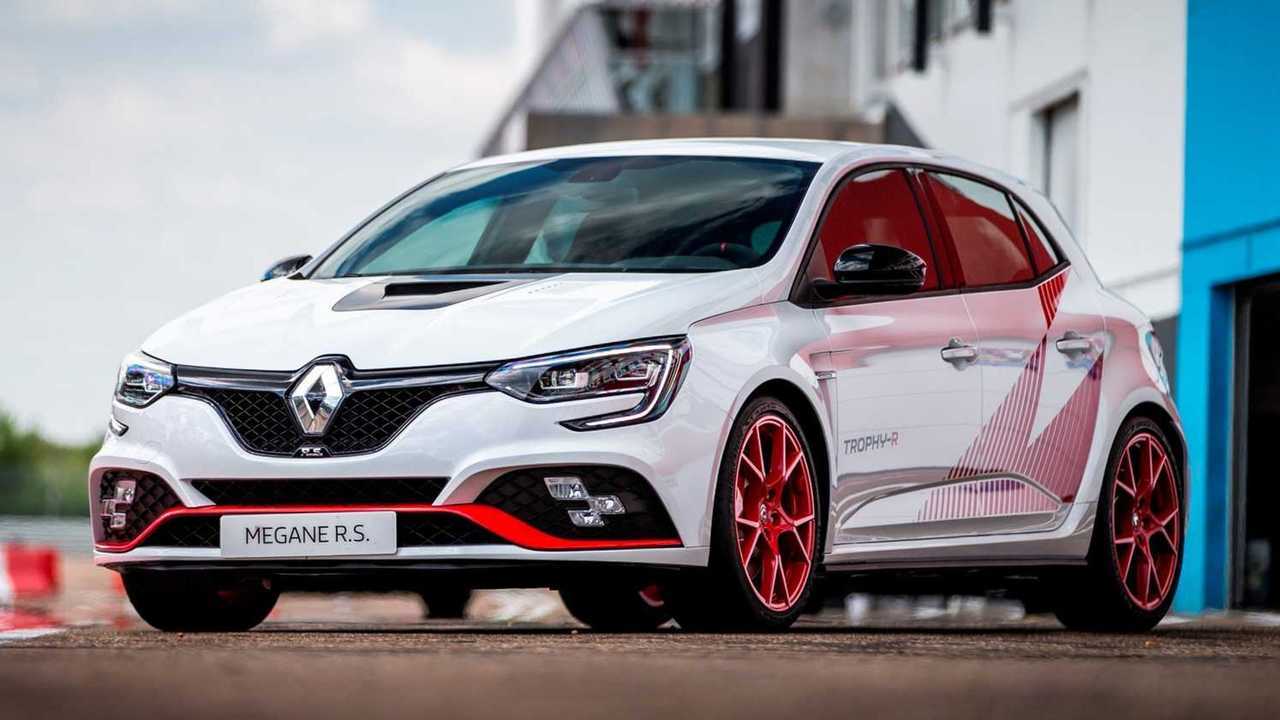 The go-faster Renault will cost more than £51,000 in its cheapest form.

Renault's new Mégane RS Trophy-R hot hatchback will cost a massive £51,140 in its most basic guise, with top-of-the-range variants costing more than £72,000.

Just 500 examples of the go-faster model will be built, with a mere 32 of those destined for the UK market. That exclusivity might go some way to explaining why the sporty model costs just £10 less than a BMW M2 Competition.

You don’t just get exclusivity for your money, though. There’s power and equipment in abundance, with the 1.8-litre petrol engine producing 297 bhp - all of which is sent to the front wheels via a six-speed manual gearbox. But that’s just the start. The RS Trophy-R also comes with an Akrapovič exhaust system, Brembo brakes and Bridgestone tyres, as well as Öhlins shock absorbers and Sabelt lightweight bucket seats.

Add in a stripped-out cabin that eschews back seats in favour of lightness, and you’re left with a car that weighs 130 kg less than the ‘standard’ Megane RS 300 Trophy. That means your 297 bhp goes a little further, taking you from 0-62 mph in 5.4 seconds and on to a top speed of 163 mph.

The Trophy-R doesn’t hide its performance credentials, either, with the limited-edition model marked out by its mother-of-pearl paint finish and red highlights, as well as the carbon composite bonnet, carbon rear diffuser and 19-inch red alloy wheels. Inside, meanwhile, you simply get a pair of composite Sabelt one-piece seats, an Alcantara-covered steering wheel and a 7-inch touchscreen infotainment complete with access to performance data and telemetry. And because there are no rear seats, Renault has fitted special luggage retention net to stop your bags flying across the cabin when you go around a roundabout.

If all that sounds a bit too subtle - or a bit too cheap - then you can always add the ‘Carbon Wheel’ package, which brings the price up to £63,140. The extra £12,000 pays for a set of four Carbon Revolution 19-inch wheels, which come along with the rims. In what Renault claims is a world first for the sector, these special rims save an extra 2 kg per wheel in unsprung mass. They come in “tailored storage bags” and are stored in a special cradle behind the front seats, allowing the driver to fit them for track driving.

And if you still aren’t satisfied, you can always go for the Nürburgring Record Pack, which effectively brings the car up to the same specification as the car that set the lap record for front-wheel-drive cars at Germany’s most famous race track. Not only do you get the carbon wheels, but your £72,140 outlay also pays for a carbon-ceramic front braking system and a dynamic air intake in the lower bumper. This unit not only saves 2kg in weight but also cools the engine more efficiently and allows it to breathe more freely.