The official reveal is about a year away.

The next-generation M3 has been in the news quite often in the last few months, but we are still roughly 12 months away from its official debut as BMW has said its highly anticipated sports saloon is earmarked for a mid-2020 release. It means the Mercedes-AMG C63 rival still has to undergo a lot of testing, therefore seeing this prototype at the Green Hell is not at all surprising.

The camouflage slapped all over the body can’t hide those bulging wheel arches, while that mesh at the front fascia hints at some huge air intakes in the bumper. You can easily tell this is a step up from the M340i just by counting the number of exhaust tips at the back – four. The fact that it looks glued to the road is another telltale sign we’re looking at a hardcore version of the new 3 Series with a stiffer suspension setup to improve handling and make it more agile and nimble while going through the Nürburgring’s 150+ corners.

There’s been a lot of debate on the Internet whether the next M3 and its coupe/cabriolet M4 counterpart would keep the third pedal. The short answer is “yes.” In an interview with our friends at BMW Blog, M division boss, Markus Flasch, revealed the three cars “will have a manual stick shift.” He went on to mention the new M3 and M4s will also be four-wheel drive, but BMW hasn’t decided whether it will be an xDrive with RWD mode akin to the M5 or it’ll be a pure tail-happy version. For what it’s worth, BMW Blog says there will be two separate versions – one with xDrive and an automatic transmission and another one with RWD and a choice between a manual and an automatic.

Are you ready for the new M3? 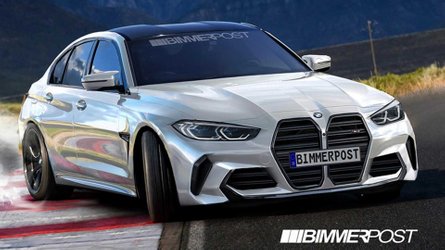 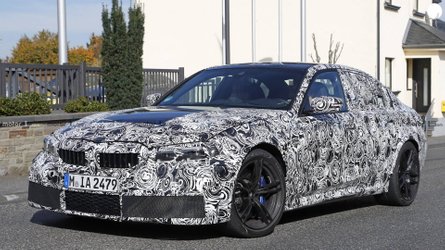 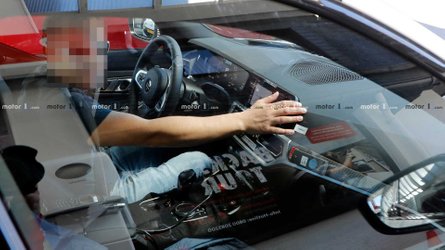 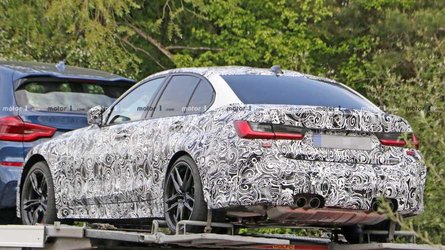 Getting back to the manual transmission, here’s what Markus Flasch had to say about it and why keeping it alive for the next-generation M3/M4 makes sense:

“The manual stick shift is not a performance-bringer, because an automatic transmission is just faster, you can ask any race driver. But it gives the vehicle character and I kind of compare it to people who love mechanical watches; it isn’t more precise and it doesn’t have any advantage at all but it’s a character feature. So is a stick shift.”

Now, if we could also get an M3 Touring to take on the Audi RS4 Avant, that’d be swell.