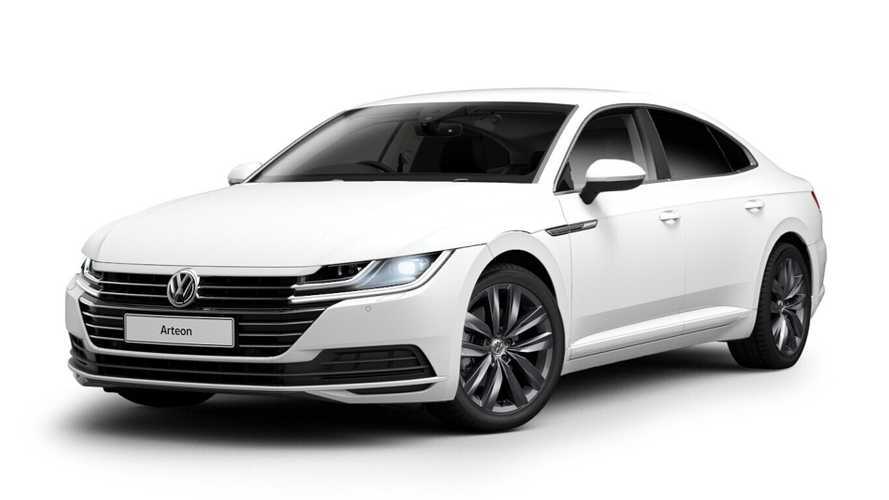 Volkswagen has just revealed a new entry-level version of its sleek Arteon fastback, bringing the model’s starting price down to just over £33,000.

More on the VW Arteon:

The German manufacturer says new SE variant is being pitched as “an even more value-focused offering”, providing customers with some of the more luxurious models’ style in exchange for a little less money. It’s hoped that the new version will make the two-year-old model appeal to a wider audience.

Included in the £33,085 asking price are 18-inch Almere alloy wheels, full LED lights and a Discover Navigation system with an eight-inch touchscreen display. Three-zone climate control features, too, alongside front and rear parking sensors and an adaptive cruise control system that can maintain a safe distance to the vehicle in front. Finally, the kit list is topped off by the inclusion of the Apple CarPlay and Android Auto smartphone connectivity systems, which allow some of the phone’s apps to be used via the touchscreen.

At launch, the SE will be available with just one engine - a 2-litre turbocharged petrol unit that pumps out 188 bhp. Coupled to a seven-speed automatic gearbox, it’s capable of 44.1 mpg on the new, more stringent WLTP economy test, while CO2 emissions stand at 144 g/km.

Volkswagen is promising a new 148 bhp 2-litre diesel engine later this year, offering the choice of manual or automatic gearboxes. The company claims the diesel motor will make Arteon ownership even more accessible, but that engine will not be available in time for the car’s launch.

But while VW’s engineers have been beavering away at creating the new SE version, the company has also taken the opportunity to upgrade the existing variants of the Arteon. The Elegance and R-Line trim levels will now come with the Discover Navigation Pro infotainment system, complete with a 9.2-inch touchscreen, while some models have registered small changes in emissions.

“With luxurious Elegance and sporty R-Line, the current Arteon trim levels offer a choice to those in the market for a sleekly designed fastback,” said Joe Laurence, the Arteon product manager at Volkswagen UK. “One is sporty, but not at the expense of comfort; the other offers affordable luxury without compromising driving pleasure. These trim levels represent even better value with the addition of new standard equipment for the new model year. Now, the new SE trim offers a third, value-driven option to the line-up – providing an Arteon to drivers who want the best of both worlds.”