It's time for another German drag race.

Oftentimes, you'll stumble upon a matchup that's so unlikely, you'll question what's behind the whole matchup anyway. This drag race video is one of them.

For this week, CarWow pits the BMW M850i against the Audi RS4. One's a coupe, the biggest low-riding Bimmer, while the other is a pumped-up version of the A4 in an estate (or Avant) body style.

So, what gives? Well, aside from both Germans, the RS4 was Mat's previous long-term tester while the BMW is his new one. And that's about it but what the heck, the race was a nail-biter anyway.

Now, before you watch the video above, let's roll down the numbers here for comparison because as it turned out, the differences weren't really much.

The BMW M850i is powered by a 4.4-litre N63B44TU3 twin-turbocharged V8 that produces 523 bhp and 553 pound-feet of torque. All these numbers are sent to all four corners via a standard 8-speed torque converter transmission.

The Audi RS4, on the other hand, has a 2.9L twin-turbocharged V6 TFSI that spews out 444 bhp and 443 lb-ft torque. Just like the M850i, the RS4 also uses an 8-speed torque converter automatic transmission. 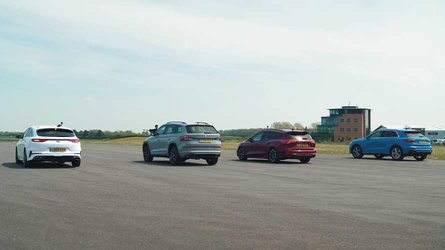 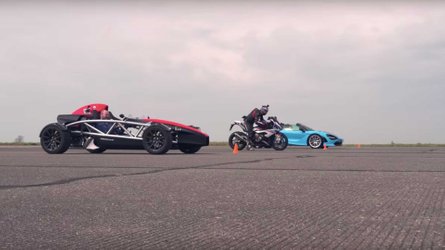 While the RS4 is on the disadvantaged side here, it has the upper hand when it comes to weight. The Audi only weighs 3,950 pounds (1,790 kilograms), while the Bimmer is around 220 pounds (100 kilograms) heavier.

Can the huge weight difference give the Audi the win over the more powerful BMW? It's time to watch the video on top of this page. Also, check out the rolling drag race and brake tests to see who won overall.