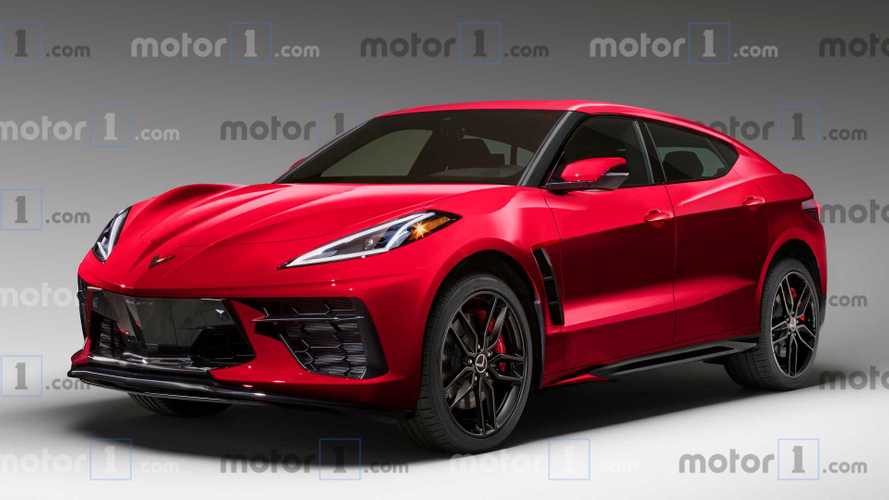 The rumours aren't new that General Motors wants to take the Corvette nameplate and turn it into a full-fledged brand. It seems to pop up when Chevy is about to make a drastic change to the car, such as launching a new model, and the launch of the C8 Corvette was no different. One day after Chevy unveiled the vehicle, a new report hit the internet citing anonymous GM insiders that the company is considering turning the Corvette into a brand that could grow to include a saloon, a Corvette-based Cadillac offering, and an SUV or crossover.

What's pictured above is a rendering of what a possible Corvette SUV could look like, taking many of the new design cues that debuted on the 2020 Corvette. The bonnet is long and low, much like it is on the car, and the headlights flow well into the front wheel arches, mimicking the body line of the car down the side. Even the lower front fascia looks nearly identical to that of the car even though it's much taller to accommodate the SUV's larger size.

There are few similarities between the real-world car and the SUV rendering beyond the front-end styling. The additional two doors elongate the roof, which looks eerily similar to that of the Lamborghini Urus. However, the sloped roof does give the Corvette SUV an athletic appearance. The rear design line over the wheels is reminiscent to the one on the car, too.

The new report that GM is considering a Corvette brand came hot on the heels of Bob Lutz, former GM vice chairman and industry curmudgeon, suggesting the automaker move the Corvette further upmarket. He suggested Chevy could get much more out of a $100,000 Corvette than Cadillac could, adding that a Porsche Cayenne fighter with the Corvette name and uncompromised performance and interior luxury would sell, especially if the production number was kept at 20,000 to 30,000 globally.

Purists would balk at even the idea of a Corvette SUV. However, the move could lead to high profitability and a secure future, something even Porsche was willing to do.