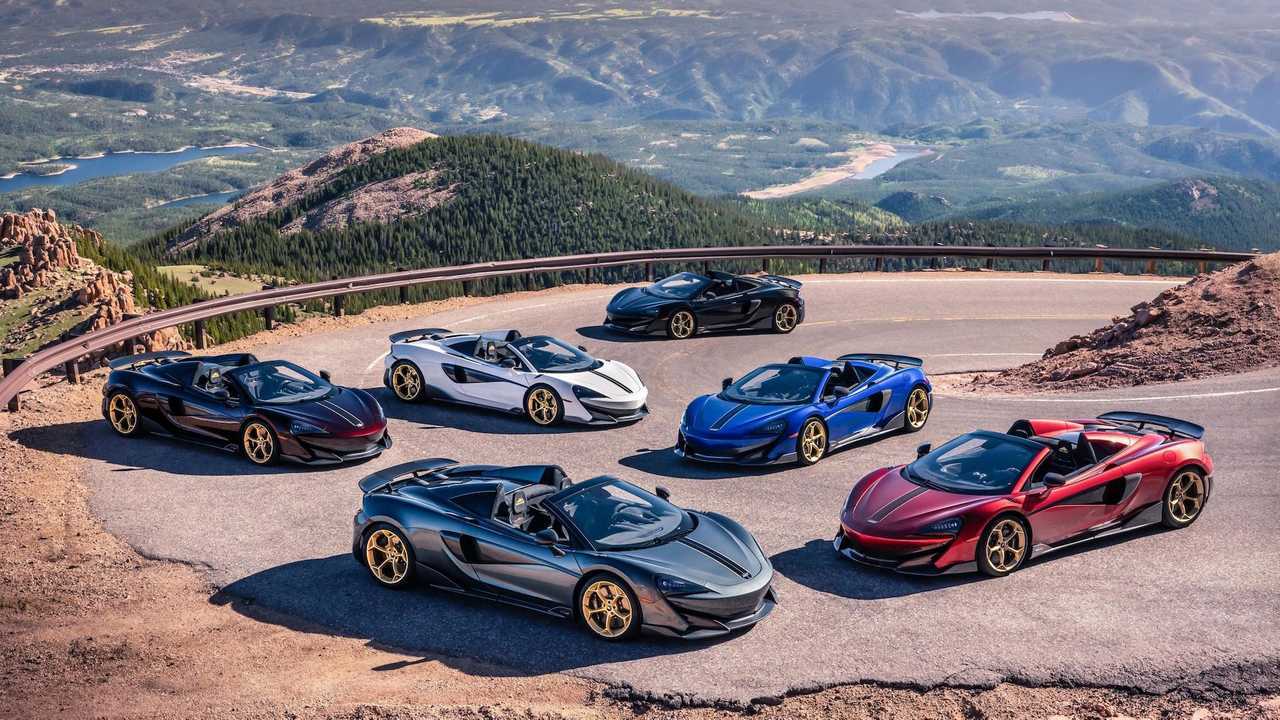 The Pikes Peak Hillclimb is arguable one of the most dangerous and exciting events in the world. It stands as a proving ground to both motorcycles and fast cars, all vying for the best time with some of the world's bravest and most skilled riders and drivers at the helm of their machines. McLaren of Denver, Colorado, has seen that a fitting tribute to this spectacular event could only be matched by a special edition line of one of the most desirable convertibles on the market today; the McLaren 600LT Spider.

Commissioned through McLaren Special Operations (MSO), McLaren Denver debuted a collection of the brand's most extreme Sports Series sportscar tied with the most extreme hillclimb event in the world. Offered in six distinct colours with a plethora of gold and matte black accents, the limited number Pikes Peak edition McLaren 600LT Spiders will definitely add a premium to the starting price.

Ranging from MSO Bespoke or MSO Heritage paintwork, these 600LT Spiders can be had in Black Gold, White Gold, Nerello Red, Volcano Red, Aurora Blue and Midas Grey. Satin Speedline Gold Wheels complement the eye-catching colours, and tie in well with the gold and black striping over the bonnet and roof.

“It’s really special for us to be able to offer a car like the 600LT Spider, which is already quite special itself with its Longtail heritage, and tie it into Pikes Peak, a race that is so significant to Colorado residents, as well as the racing community globally,” said Mike Ward, owner of McLaren Denver. “Six very lucky customers will be the proud owners of these amazing McLaren 600LT Spiders, and we can’t wait to see them on the road and on the track in Colorado.”

Mechanically, things stay the same, with the 3.8-litre twin-turbocharged V8 offering 592 bhp and 457 lb-ft of torque, allowing the 600LT Spider to accelerate from 0-60 miles per hour in just 2.8 seconds.