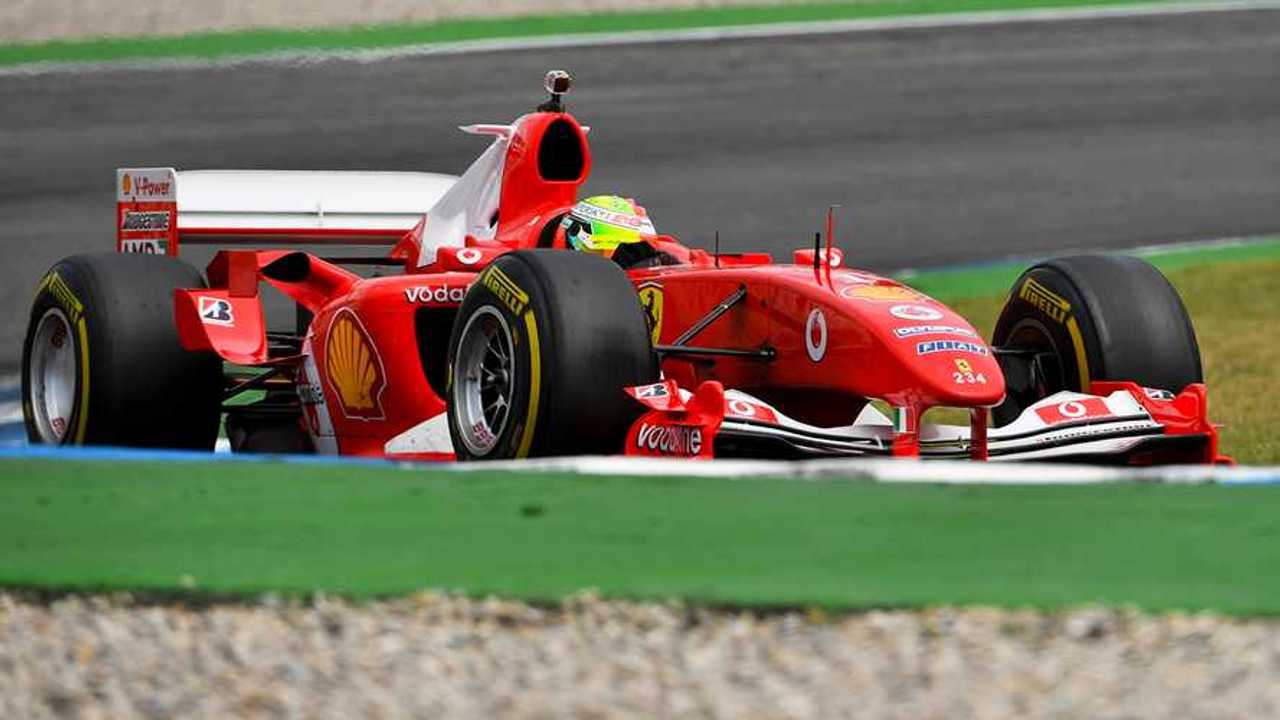 Mick Schumacher said it felt like "torture" having to wait to go out and drive his father Michael's Ferrari F2004 for the first time at Hockenheim.

The Formula 2 driver delighted his home crowd with a short three-lap demonstration of the car that took his dad to the world title and victory in the German Grand Prix in 2004.

Having stepped out the car, Schumacher admitted how his emotions had been running high before he left the pits because he was so desperate to get out there.

"Going out of the pitlane and coming into the pitlane I never lost a smile. It was always on my face. Even when I was locking up, I was smiling! It was really cool."

Schumacher said that the experience with the car was made even more special because he was using Michael's original race seat.

"It was great," he explained. "It was amazing to be able to drive the car around here especially. It was my dad's seat and I fitted perfectly. So that even made it greater."

Having driven a current Ferrari earlier this year, and having run a 1994 Benetton at Spa in 2017, Schumacher said he had a better understanding of how much technology has moved on in F1.

"I've been able to witness how they were 10 years apart now, with the 1994 and the 2004, and obviously the 2019 one. In general I think the development between 1994 and 2004 was a huge step and then obviously now again there has been an even bigger step.

"To be able to drive the V10, and feel how that one behaved and sounded, was something very special.

"People asked me if I could hear them but I said that the V10 engine was a bit loud, so it was hard for me to hear them."